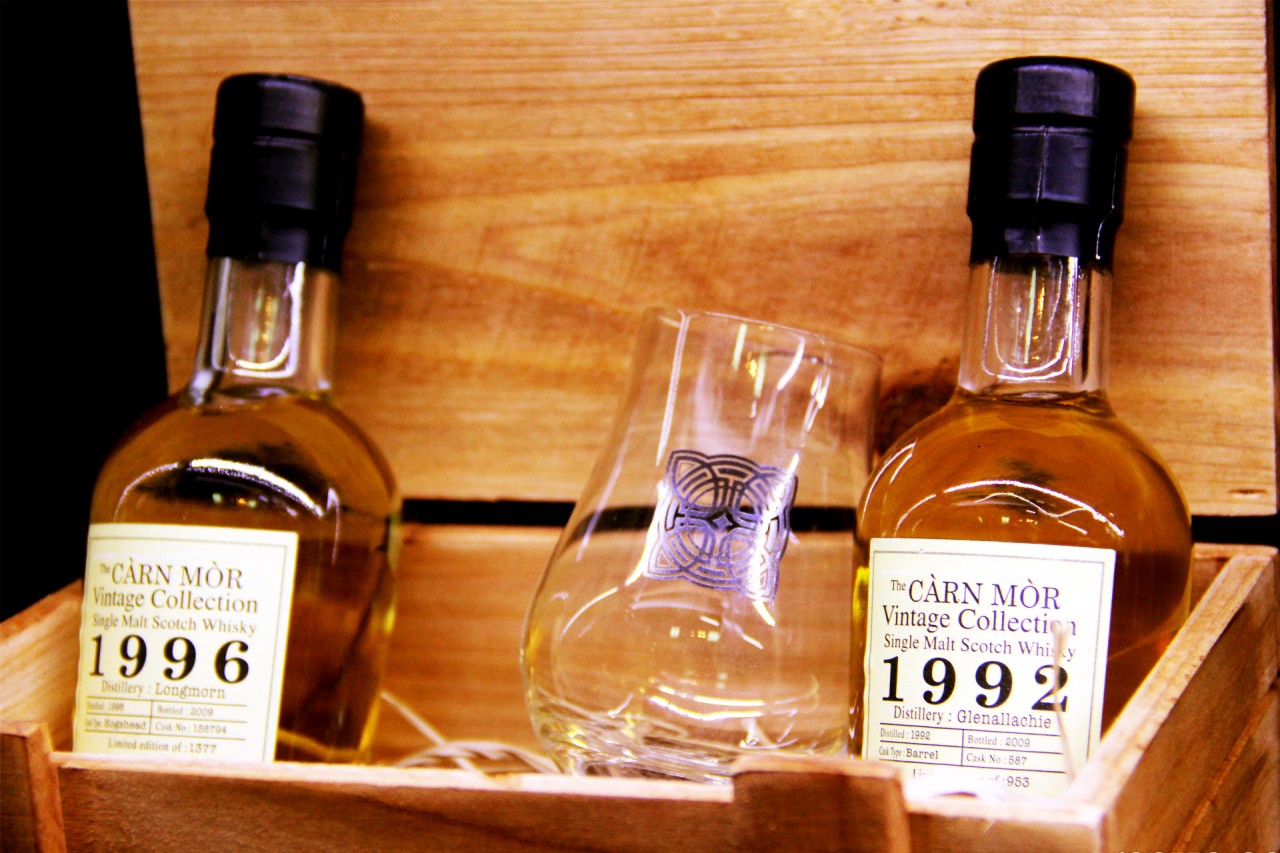 When one thinks about whisky, it’s natural to associate it with Scotland. When I went Scotland previously, I saw for myself how whisky has been deeply entrenched in their histories. In fact, to be even labeled as a “Scotch”, the whisky has to originate from Scotland. It’s a similar concept as champagnes from the region of Champagne in France.

What are different types of Whisky and why not Whiskey?

I was really excited to get a full Scotch Whisky experience in Singapore. The Scotch Corner concept was created by Andrew Skene who has over 10 year’s experience  in the Scotch Whisky industry in SE Asia (Spirit of Scotland, Malt Vault and The Single Cask brand) and David Costema who as well as being a professional musician and instrument repairer, has over a decade of experience of running F&B outlets in the UK. In the spirit (pun intended) of whisky lovers, they wanted to bring only the best casks of whiskies for distribution and retail through their unique boutique concept.

I sound really knowledgeable about whisky but this is all thanks to Andrew’s detailed education about Scotch Whiskies that night. Prior to this tasting, I knew very little despite having toured Scotland and tasting whisky there! For example I learnt what are the key differences of single malt whisky. “Single” means the whisky in the bottle is the product of a one single distillery. If a Scotch whisky is not a single malt, then it is most likely a ‘blended Scotch’, meaning a blend of single malts and one grain whisky or a ‘blended malt’; a mix of single malts. In addition to these two main classifications, there are also single and blended grain Scotch whiskies. Blended whiskies are the ones that you throw in with mixers during parties, and as a Scot once told me, never add anything to a single malt whisky unless it’s water.

Whisky has held a unusual fascination for me far beyond just being an alcoholic beverage. Scotch has held a prominent place in the lives of men from kings to authors to many other famous personalities. Also, if you notice, most scotch drinkers never drink with the aim of getting drunk. Partly because there are much cheaper alternatives other than whiskey but more importantly, because Scotch Whisky is literally bottled history and most serious whisky connoisseurs are fully aware in that drinking whisky signals the participation in a celebration of artisanship and the finer things of life.

Walking into Scotch Corner little liquor shop, I realized that despite having only one main room to showcase their available whiskys, there are more than enough choices and variations to suit almost any palate. Originating from the Scots Gaelic term `uisge beatha’ (“ooska bah”), meaning “water of life”, the word morphed into a simple `ooska’ then to `ooski’ and finally in the 1500, the term `whisky’ was coined.

There really only one way to get to know whisky better. And that is to taste it!

To be able to enjoy Scotch fully, one must be able to understand the intricacies of the drink. It’s history combined with the Scottish highlands and rivers is exactly what gives whisky its’ appeal and allure and I was about to find out why.

Firstly, some basics.  The production process of scotch whisky is surprisingly simple. It involves malting, mashing, fermentation, distillation and maturation. Barley is turned into malted barley then ground into a course flour with the consistency of oatmeal called “grist”. Add hot water and start the mashing process. Next the liquid from the mashing process is combined with yeast and left to ferment. The resulting liquid is anywhere from 5-8% alcohol by volume and is called “wash.” The “wash” is distilled twice and the resulting spirit is colorless.

The scotch spirit is then put into oak casks for the maturation to begin. The type of casks used and the environment where it is stored all combines to give the whisky a smoother feel, their unique flavor and the golden color from the casks where it rests. Traditionally second-hand sherry barrels were used to age whisky, but today bourbon barrels are getting more common. Some producers experiment with other varieties including port, beer, cognac and even wine. Each barrel passes on a distinct flavor to its contents.

In order to be considered “scotch” it must be aged in Scotland for at least three years. Though each whisky reaches its maturation at different ages, most are now aged anywhere from 8-20 years. Many feel that the longer a scotch is aged the smoother and more flavorful it becomes – old whiskies are also more rare and cost a quite a bit more. Andrew tells us that due to evaporation (the loss is also known as ‘the angels’ share’), the older whiskies tend to yield less bottles per casks which also explains the higher price.

In the above photo, you see 2 whiskys from Glenlivet both from 1977. However, the color varies greatly. That because some manufactures add caramel to give the alcohol a deeper color and this happens more frequently with younger whiskies and they haven’t aged long enough to get a natural golden hue. The caramel however does disrupt the taste of the whisky thats why Scotch Corner chooses not to have any caramel added into their bottled whiskies. The more authentic, the better!

As part of our Whisky Experience, 4 very different and very distinct Scotch Whisky from various parts of Scotland were chosen.

On the map of Scotland, you’ll see varying colors for the varying regions of Scotch Whisky producers. Just like wine in France, the region that whisky comes from plays a big part in their taste.

Lowland – the whisky of this region is generally considered to be more mild, mellow and delicate.
Highland – the largest geographic region for scotch with many well-known distilleries .
Islay – known for heavier, more smoky scotch varieties, it has eight distilleries, each with their own unique character.
Speyside – the highest concentration of distilleries is located along the river Spey, which runs through the Highlands, hence the term Speyside.
Campbeltown – the smallest of the whisky producing regions, once home to several distilleries, but now only home to three.

All the information you need about where your whisky came from, which cask number and distillery is clearly written on each bottle label. Because only the better or more unique casks are selected to be bottled, you can expect better quality of whisky compared to those that mix different casks of whisky together before bottling.

My first whisky is:

I added a splash of water which is actually much better than drinking it neat because by adding a little water it enhances the ability to taste the individual flavors that can often be masked by the well-known “burn”. Adding ice is actually not recommended simply because it lowers the temperature of the whisky, which in turn can hide or dull the flavors and aroma.

I found the Bladnoch, which is from the most southerly distillery in Scotland, to be very smooth and mellow. Great for starters to Scotch Whisky.

The 2nd whiskey up for tasting is :

Before you do anything, look  and smell the whisky. Generally speaking, the darker the whisky, the older it is due to the aging coloration from the oak cask it sits in. In a way, smelling a whisky is almost as accurate if not more accurate then tasting a whisky. In fact, all the master blenders work primarily by nosing, not by tasting. Don’t thrust your nose into the glass, because the alcohol will be too dominant. Gently raise the whisky up to your nose until you begin capturing its aroma. The smells often indicate quite well what your tastebuds will be expecting.

The Glen Scotia was much stronger than the first one I tried. With the intensity of the whisky increased, I had to add more water to get it to a more comfortable level for me to absorb the earthy dense taste.

Another unique thing about Scotch Whiskies from Scotch Corner is that they don’t do chill-filtering. A whisky will get hazy or cloudy if its temperature is lowered (for example: us doing our tastings in an air-con room). Most whisky companies think cloudy whisky is unappealing so before the whisky is bottled, they chill it down and filter out the components that make it cloudy. Unfortunately, those components (known as congeners) also contribute to a whisky’s flavor.

This 3rd whisky from Glenburgie is actually my favorite that evening. It’s slightly heavier than the first whisky I tasted but has a nice sweetness that doesn’t overwhelm.

The final whisky for tasting is :

What you see in the above photo is Peat. Peat is an organic material, comprised of decomposed and compressed mosses, leaves, roots, and branches, found in marshy bogs. The peat is dug from the bogs and dried (very similar to charcoal). To add smokiness to the whisky, some distilleries control the amount of  peat “reek” (smoke) that is infused into the barley as it dries.

The 4th whisky from Caol Ila was the strongest and most distinctive whisky of the lot we tried. Mainly because the smoky aftertaste was very distinct and it also had a seafood aroma as the casks were laid to float on the sea to infuse more aroma to the whisky. We were told that this was a hot favorite for their customers. Personally I felt it was too much and too strong.

That’s the beauty of whiskies, with so many variants and possibilities, everyone can find their own personal taste. There is no right or wrong in which label is preferred and sharing your opinions is part of the fun in a whisky party. In fact, we even conducted some blind tastings amongst ourselves to eliminate any pre-conceived notions.

If you ever want to find a wide selection of Single Malt and Single Cask whisky, from superior distillery offerings to extremely rare independent bottlings, Scotch Corner has it all. They even have a “Drams to the Door” service where you can get whiskys delivered right to your home. How convenient! Best thing is that they will always be there to help you with the choosing or even if you have any questions after the purchase.

One of the most exciting offering I feel is actually their whisky experience. It’s fun, educational and  Scotch Corner is the perfect place to organize your social and corporate gatherings. It can be a small intimate group or a large party, they even go as far as to provide a full BBQ meal for the party if required. I’m looking forward to trying out David’s special BBQ sting ray and burgers the next time I pop by! 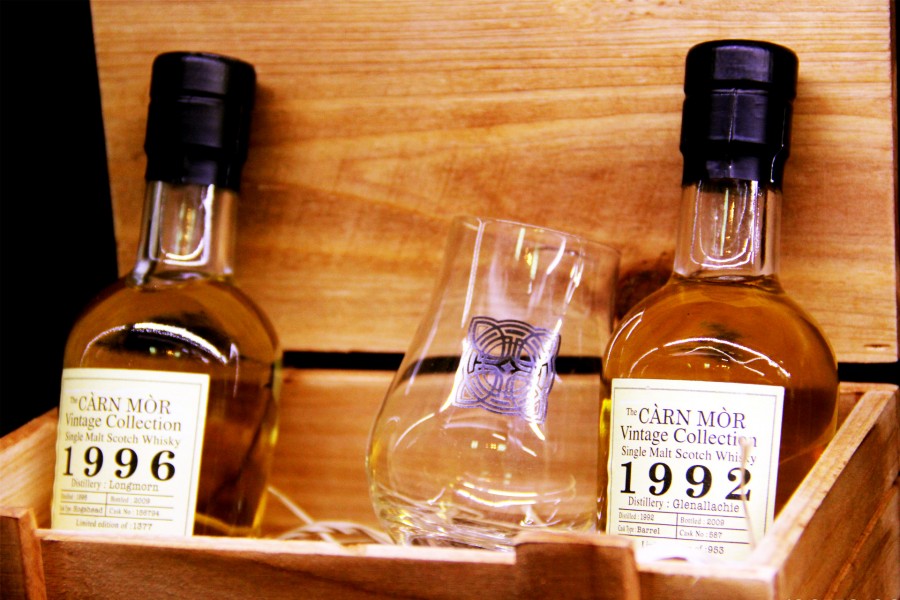