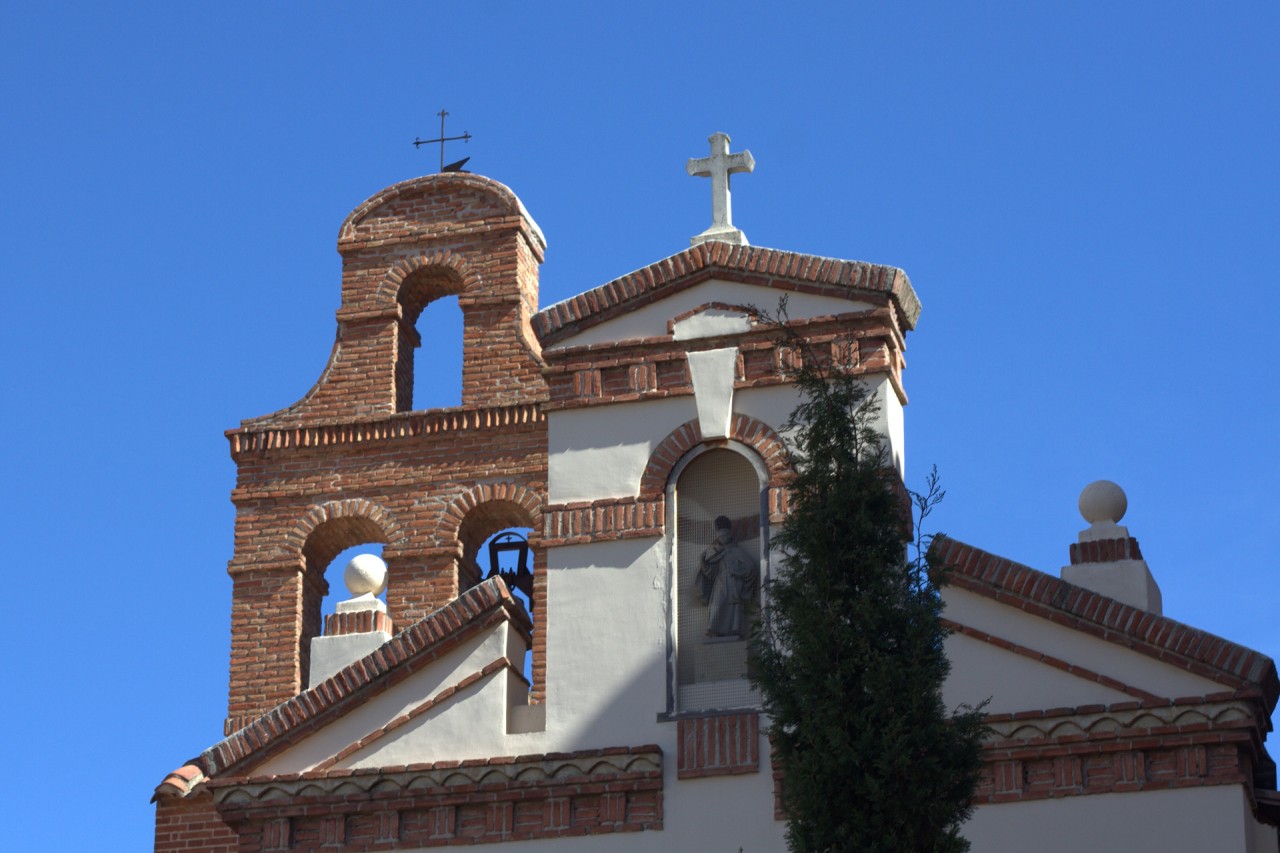 Technically, I was in Alcalá de Henares, Spain, during end winter season. But spring came a week or two earlier this year and the weather was simply perfect with blue skies and cool weather. I could wear casual shorts and skirts for most of the day and depend on my boots and a light jacket to keep me warm in the evenings.

Alcalá de Henares is a small little quaint university town that has a UNESCO Heritage Site historical center. For more details on how to get to this beautiful city (as well as many other captivating Spanish cities), you can read my post on “10 cities to visit in Spain from Madrid“.

I loved exploring the city center on foot. There are infinite details in the architecture to look out for to further understand the historical significance of Alcalá de Henares. The city of Alcalá fulfils not just one but three of the World Heritage site criteria as set out by UNESCO.

The first criteria for the award of this city center as a UNESCO Heritage site is that it has to exhibit an important interchange of human values, over a span of time or within a cultural area of the world, on developments in architecture or technology, monumental arts, town-planning or landscape design. Alcalá de Henares was the first city to be designed and built solely as the seat of a university, and was to serve as the model for other centres of learning in Europe and the Americas.

The second criteria met is that it had to have an outstanding example of a type of building, architectural or technological ensemble or landscape which illustrates significant stages in human history. The concept of the ideal city, the City of God (Civitas Dei), was first given material expression in Alcalá de Henares, from where it was widely diffused throughout the world. To be honest, I was quite fascinated with the whole idea of sculpting a liveable city with the sole interest being the quest of knowledge.

Finally, the last criteria that makes this city so interesting is that it is directly or tangibly associated with events or living traditions, with ideas, or with beliefs, with artistic and literary works of outstanding universal significance.

The contribution of Alcalá de Henares to the intellectual development of humankind finds expression in its materialisation of the Civitas Dei, in the advances in linguistics that took place there, not least in the definition of the Spanish language, and through the work of its great son, Miguel de Cervantes Saavedra and his masterpiece, Don Quixote. In 1293, Sancho IV of Castile gave the Archbishop of Toledo permission to create the General School of Study in Alcalá. This was the beginning of the University that has since made Alcalá de Henares famous.

The city is also historically famous for the linguistic advances carried out in the area, such as the work of Cervantes, and his masterpiece Don Quixote, and the basis for modern linguistic analysis and modern dictionaries.

Walking around the university buildings, I felt grateful that these ideas of creating communities of learning had helped to shape the ease and accesses of universities all around the world today. In a time of no internet and no access to information at your fingertips, it must have been empowering to be in a city where intellectuals could seek out for more knowledge and meet like-minded individuals for scholarly pursuits.

I spent most of the time wandering in the medieval heart of the city instead of venturing out to the suburbs. I had briefly considered taking a long walk to see the Henares river valley but was told by the locals that it isn’t particularly scenic even though the river valley has been settled by humankind since the Neolithic period.

As a child I’ve always loved stories and if the stories were true, that’s even better. And so begins my love affair with history and culture that has sent me travelling all over the world for the last two decades. My extremely knowledgable guides understands the importance of being a good story teller and started delving into a sort of mesmerising recount of the history of this city. Through those stories, they kept imagination vibrant and my senses enlightened.

The awesome thing about stories is that by knowing more about the place you are standing at today, it helps gives greater meaning the sights and sounds that I take in on my journey. Here’s the story of Alcalá de Henares.

The strategic site of this city in the centre of the Iberian Peninsula inevitably led to the establishment of a Roman town, Complutum. It was here that the child saints, Justus and Pastor, were martyred in AD 304, and their tomb outside the walls of the Roman town became a sanctuary round which the present historic centre developed. It was an Episcopal See during the Visigothic period, and the city became part of the Emirate of Cordoba when the Moors overran most of Spain.  A fortress known as Al-Qal’at was built, and the small settlement grew up.

After it was recaptured in 1118, the territory of Alcalá was granted to the Archbishopric of Toledo; the city expanded and the medieval fortified settlement took shape with the Archbishop’s Palace at its centre. To the south was the Christian quarter, with its church, the Jewish quarter lay to the east, with the Arab quarter to the north. During the late 15th century, the urban core expanded with the construction outside the walls of the Franciscan Convent of San Diego, which attracted settlement around it. Following an attack by the King of Navarre a new, stronger wall was built to enclose the areas of expansion to the south and east.

The town prospered until 1496, when the Jews were expelled from Spain by royal edict, taking with them their commercial activities. However, the urban fabric remained intact, making possible the creation of a new university city. Cardinal Ximénez de Cisneros began by founding the Colegio de San Ildefonso, at the present in the heart of the university city. It was built in 1537-53 by Rodrigo Gil de Hontañón, one of the greatest masters of the Plateresque style, and is notable for its grand facade, which symbolises in its elaborate decoration the harmonious conjuncture of the Christian religion, of learning, and of imperial power.

Unlike other university cities in Europe, Alcalá de Henares did not develop slowly, adapting itself to its urban surroundings. From the start it was conceived by Cisneros as an entity, which took over a partly abandoned medieval town and converted it into a city whose function was solely that of a university. This involved the creation of houses to lodge professors and students and the provision of services such as a sewer system and paved streets. The little Chapel of St Justus was rebuilt as a church and given the title ‘Magistral’. More centres of learning were added progressively: there were eventually to be 25 Colegios Menores, while eight large monasteries were also colleges of the university.

The primary objective of the university was to train administrators for the Church and for the Spanish Empire. The Complutense Polyglot Bible (1514-17) illustrates the type of work that began in Alcalá: a masterpiece of typography, it took ten years to complete and established the bases of modern linguistic analysis as well as the accepted structure for dictionaries. This work was supported by that of Antonio de Nebrija, author of the first European grammar of a Romance language, published in 1492, which was to be the model for similar grammars in many European and Native American languages.

From the mid-17th century, however, the number of students, estimated to have been over 12,000 in the 16th century, begin to decline in favour of Madrid, where the Church had begun to establish university colleges and convents on the Alcalá model.

Alcalá de Henares found itself as a result deprived of its raison d’être. The historic buildings of the University, and the urban fabric of the city itself, were at risk, but they were preserved by the actions of the citizens of Alcalá themselves.

In a unique act the Society of Joint Owners (Sociedad de Condueños) purchased most of the University buildings and preserved them, in some cases unoccupied, to await the return of the University to the city. Others were converted for military use, retaining their principal features intact.

The city began to expand with the arrival of the railway in 1856. It did not develop substantially, however, until the 1960s, when there was heavy domestic immigration from other parts of Spain to what was becoming an industrial centre. Fortunately, this development, largely unplanned and uncontrolled, did not affect the historic centre, still largely owned by the Society of Joint Owners or the army and further protected by being declared an Historic Area in 1968.

Calls for the return of the University began in 1970, when the Madrid institution had begun using “Complutense” in its title. In 1974 that university established a School of Economics in Alcalá. It was not until three years later that the present University of Alcalá de Henares was inaugurated.

In 1985 a covenant was signed for the military buildings to be renovated and restored to their original use, and the seven buildings that comprised the original foundation of Cisneros were handed over by the Society of Joint Owners. Other historic buildings were purchased and integrated into the University or given associated cultural functions.

Thanks to the people of Alcalá de Henares, the history and culture of this significant city has been preserved so that I could experience it for myself. Thanks for reading. 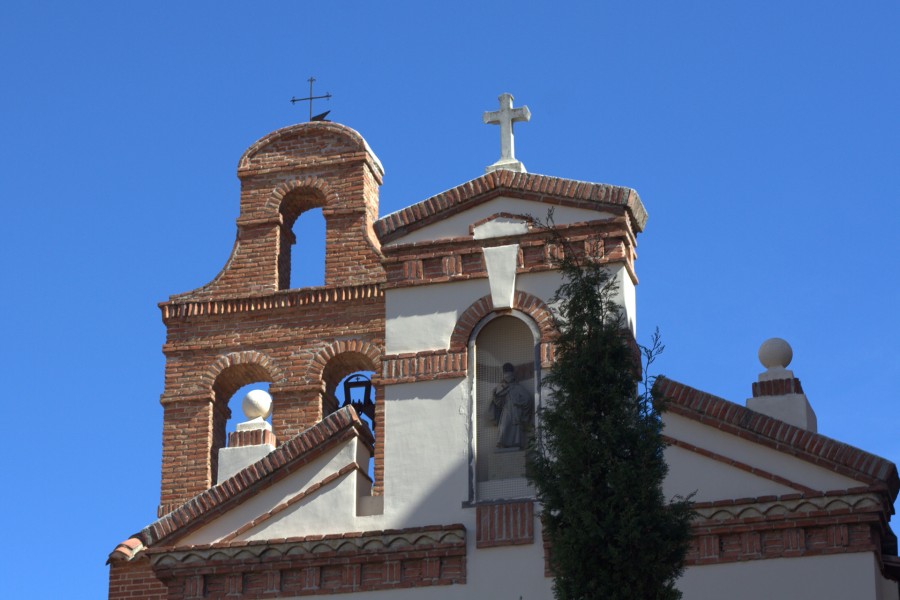