When I think back, it’s amazing how I can go from walking in the clouds above the rainforest to being in the deep blue sea on the same day. That’s how varied choices of activities are in Brunei.

We were dropped off at Poni Divers to sign the customary indemnity forms before gearing up with snorkels and cool neon flippers. Although the whole group was going to do snorkeling that afternoon, if you love diving, Brunei offers a surprisingly good range of interesting dive sites and is known to provide great wreak diving opportunities such as The American Wreck, Australian Wreck, Blue Water Wreck and Cement Wreck. Many of Brunei’s wreak diving spots attract the more adventurous dive enthusiasts with a keen interest in history as some of their shipwrecks go back as far as World War II. Other than just corals, Brunei divers are known to spot a wide range of big fishes such as barracudas, and even whale sharks.

We hopped onto a specially charted speed boat and rode off into the horizon.

At full speed, skimping off the surface of the sea, I was glad I wore my Glossi Sunglasses the whole ride as the wind blasted through our faces.

Andy’s face is an awesome example of how powerful the winds are and how difficult it became to even open your eyes if you didn’t have any sunglass on.

Finally, we reached an islet where corals and fishes abound.

Even though the driver and guides told us that waters were clearer in the earlier part of the day and that the rising sediments with the evening tide was making the waters cloudy, it was still clear enough to spot fishes and corals.

I took more pictures of corals than fishes because I wasn’t very good at focusing my underwater camera and most of the photos with fishes turned out blurry. Just like the one below with “nemo” the clownfish darting elusively in the corals.

With the snorkels on, it is hard to tell who was who in the photo. I only know I wasn’t in it cause I was behind the camera!

Instead I’m the one with the underwater selfie. Lol!

Unlike the corals in Phuket which are dead, dying or bleached white due to the devastating tsunami a couple of years ago, the corals here are very much alive and doing well with the most distinctive ones being the table coral and the brain coral.

Another sea creature that was in abundance everywhere I looked were sea cucumbers.  Sea cucumbers serve a useful purpose in the marine ecosystem as they help recycle nutrients, breaking down detritus and other organic matter after which bacteria can continue the degradation process.

There was one section between the rocks where the current was extremely strong and it took almost all our strength to swim against it. I felt like a salmon swimming upstream. Thankfully, all of us made it safely.

It was such fun being in the waters and being able to view corals and fishes so easily. The next time I go to Brunei I need to up my level and try wreak diving.

Once everyone were safely on board the boat again, we were ready to jet back to shore. The sun was setting soon and we wanted to reach the Empire Hotel before that happens so we could catch the beautiful sunset there.

If you would like to know Brunei better or check out more Royal Brunei Airlines promotions, check out their Facebook page.

PS: I have a couple of photos that I’ve put up in this post without my usual watermark as these photos are used courtesy of Malcolm Sunny, Andy Storm and Rui Long of OMY. 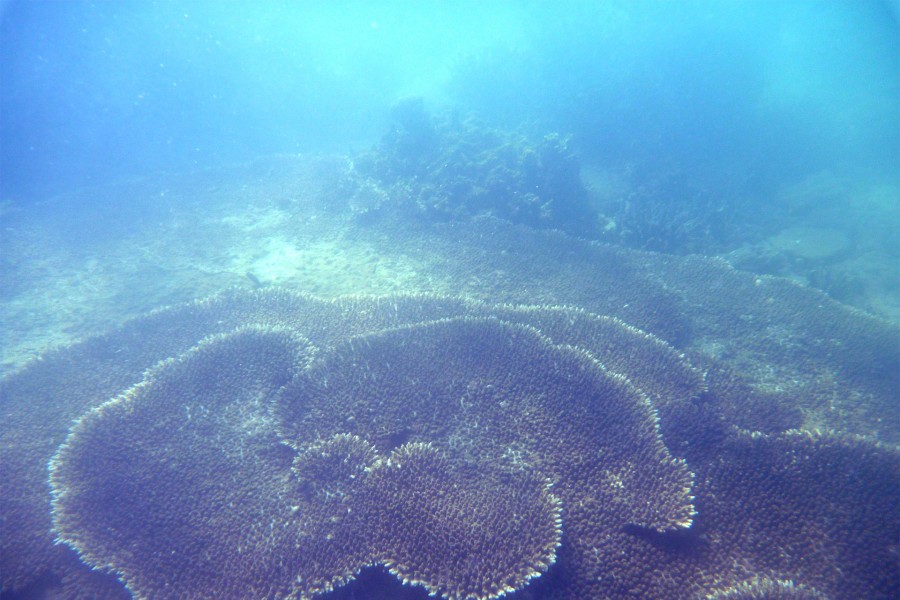