The production period of the N.E.mation! 8 is now over and I’m really excited to see what the final animations of my two teams. I’ve gotten to know teams Partta Kappa and Alpacalypse quite well in the 3 weeks of production. I’ve had the honour to hear their stories, see their stress levels rising, feel their pain and celebrate their triumph with them. My only regret was not being able to be there with them to celebrate the wrap party at the end of the production period as my grandpa passed away suddenly.

You can be reassured that I’ll share with you their video animation clips once they are ready for public viewing but in this post  I’ll like to share 10 things that I’ve learnt about the teams and a few snippets about my interaction with them on the last week of their production period.

1. By the 2nd day of the last week of the production period, Team Alpacalypse already finished most of their animation work! This is the first time that I’ve been assigned to a team that completed their work ahead of schedule.

2. I brought down “Gift Trap” to play with Alpacalypse and learnt that Sheryl loves animals while Grace loves singing!

3. Xiao Tong from Alpacalypse had been drinking too much water during the production week and has to watch her water intake carefully so that she doesn’t get water poisoning!

4. Due to some unexpected technical issues, Partta Kappa was behind schedule on the last week of the production period and were totally stressed out but with full determination and long working hours, they still managed to complete their animation before the week closed.

5. Kah Mun from Partta Kappa came back from her Japan Film Festival with lots of goodies for the N.E.mation! teams. She was slightly ill but was able to help the team out in the last leg of their race against time. I didn’t take much photos of them on the last week of production because I didn’t want to distract them from their tasks at hand.

6. I specially ordered customised cupcakes for the teams to cheer them on. For Partta Kappa, the theme revolved around their mascot monster.

7. For Alpacalypse, it was their cute alpaca mascot.

8. I was told by the teams that they most feared the instructors asking them to put their animation clips on loops because it usually meant that they needed to do a lot of changes.

9. I had some fun playing with Partta Kappa’s shadow animation! I wish I could show you more but I wouldn’t want to spoil the surprise.

10.  Alpacalypse has had a few incidents where others tripped on their computer main power switches causing them to lose all their hard work. Thus they constantly remind each other to save their work as often as they can.

Hope you enjoyed having some insights on the teams. The standard of N.E.mation! clips have definitely improved each year so you can keep your eyes peeled for the release of the clips next month! Meanwhile, please continue supporting PARTTA KAPPA from School of the Arts (#NE8C06) and team Alpacalypse from CHIJ Saint Nicholas Girls’ School (#NE8C01) on the N.E.mation! 8 Top 10 Teams Facebook Page. 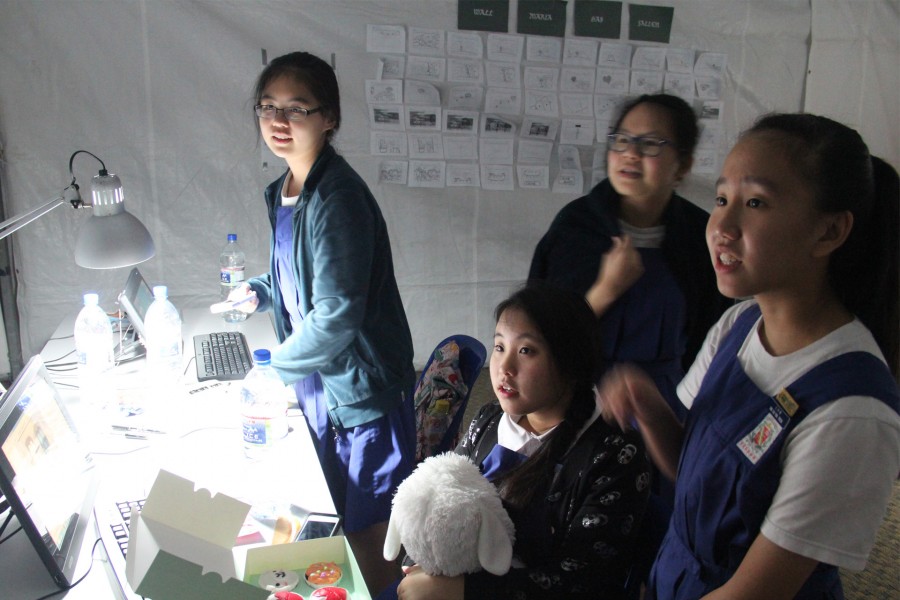