Last Sunday my whole family went to the Expo for Singapore Kennel Club Dog Championship Show! I even signed Louis up for a couple of competitions! Not the professional ones of course! Just the fun ones! Many thanks to Cassandra who helped me get the registration in for Louis cause I wasn’t able to be there in the morning.

There were so many dogs there of all breeds and sizes! Met a couple of cocker spaniels too! In fact I saw this black and white English cocker spaniel that reminds me of a moo moo cow! So cute… the face and ears look just like Louis but with that color he looks more like a very cute miniature cow then a dog! 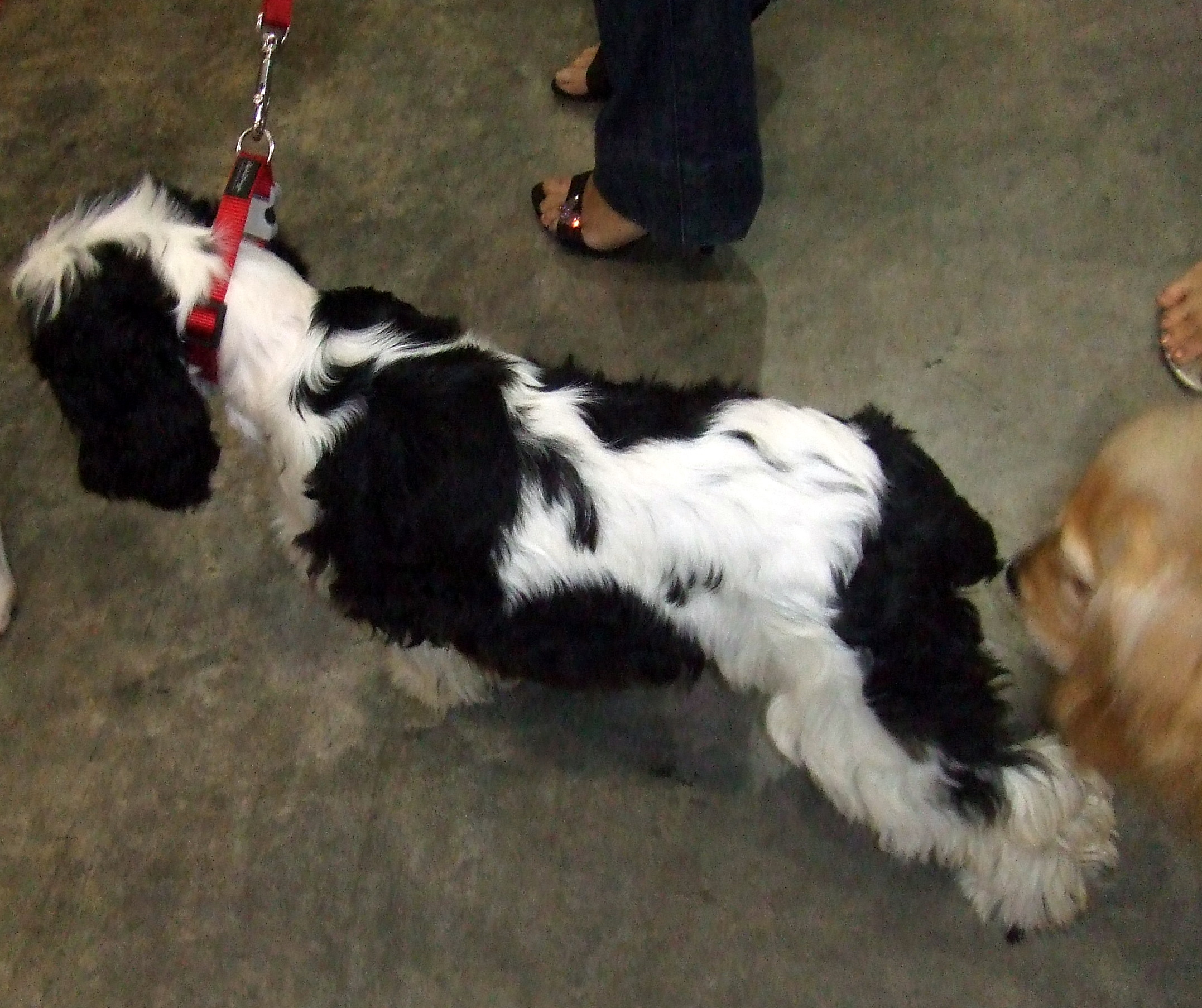 Louis is categorized under the Gun Dogs during the Pure Breed Show Dog segment. All the other dogs competing in this category except for Louis were Golden Retrievers and it was kinda weird to see little Louis aligned right next to them! Louis was his usual hyper active self among the dogs… and while all the Goldies would stand up for the judge to feel their bone structure and check their teeth.. Louis had to be carried to the judging table because of his small size. I’m not a trained show dog handler and Louis is a home trained puppy but it was a pretty fun and exciting experience. See all the Goldies competing with Louis! 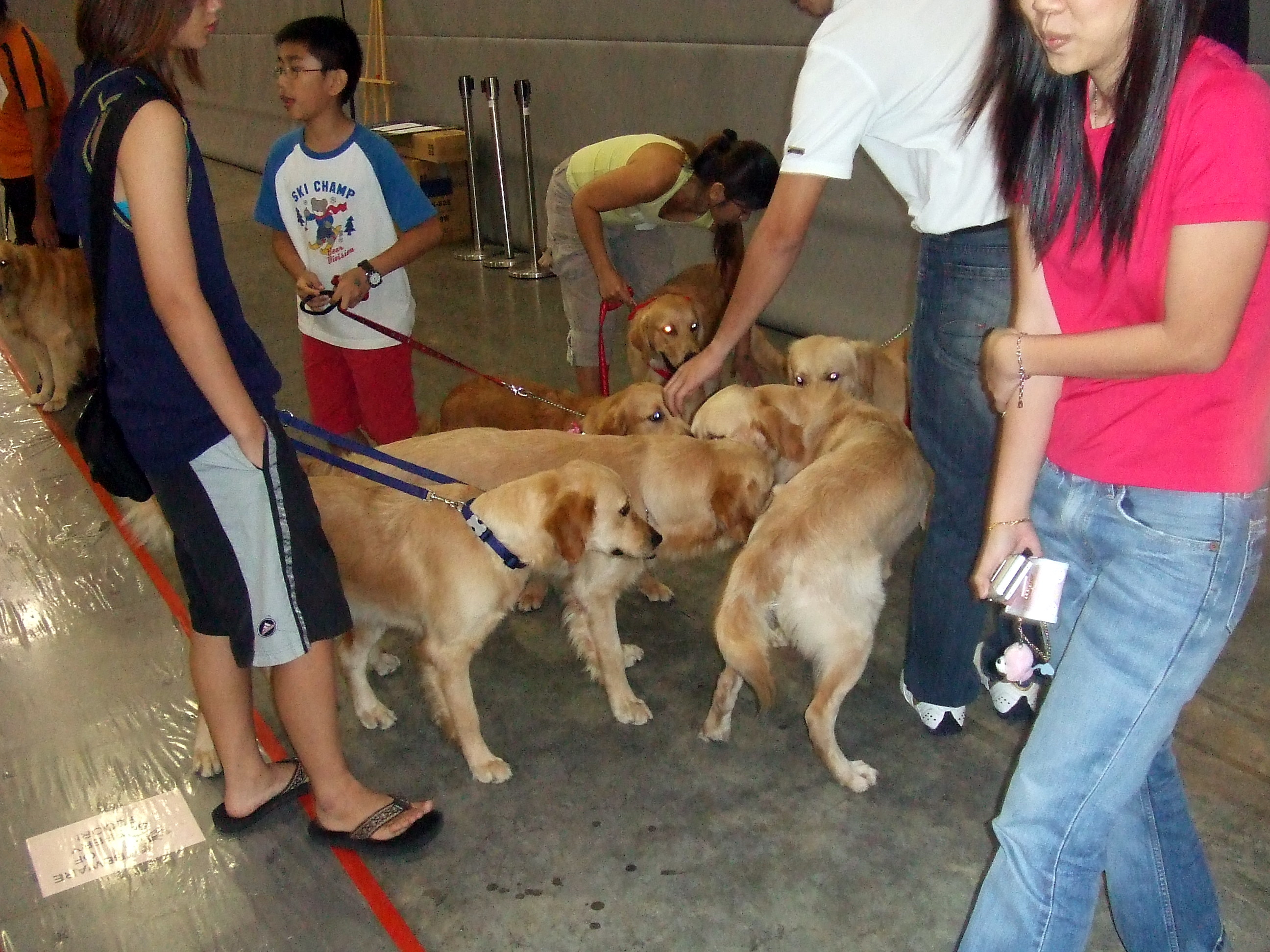 For the 2nd Race Louis had to compete for the Fastest Eating Dog! The dog that finishes his plate of food and runs to the finish line first wins! And guess what! Louis won 1st Place! Lol… I’m proven to have the greediest dog ever! Once the command to start was given… Louis started to eat at his usual pace but a little tug at his plate and he thinks food is going to be stolen from him so he goes into a top speed chomping monster. He ran so fast to the finish line the crowd was astonished! He had a big margin lead from the dogs in 2nd and 3rd place. The prize? A set of VCD/MP3/CD player for his mummy! 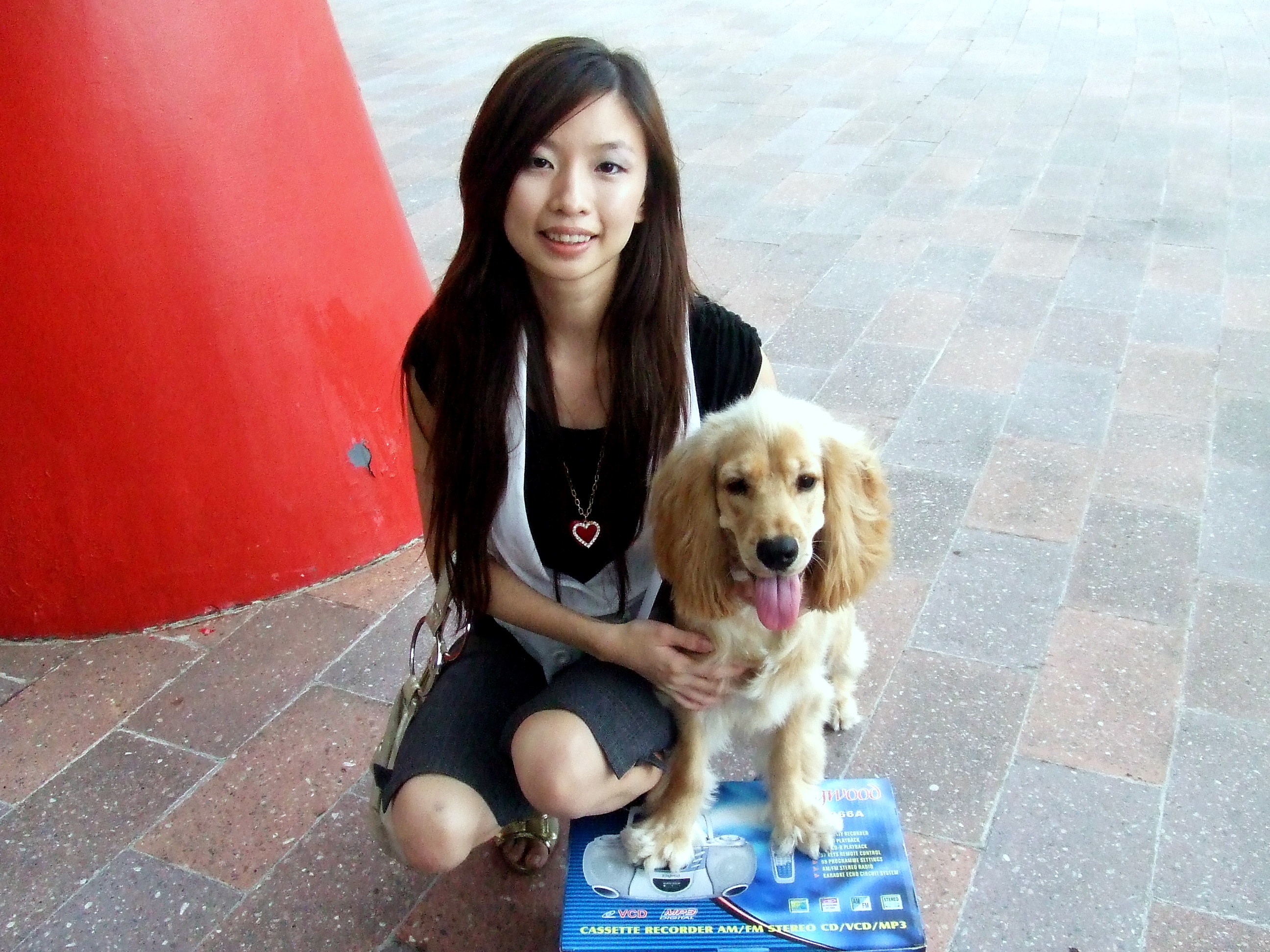 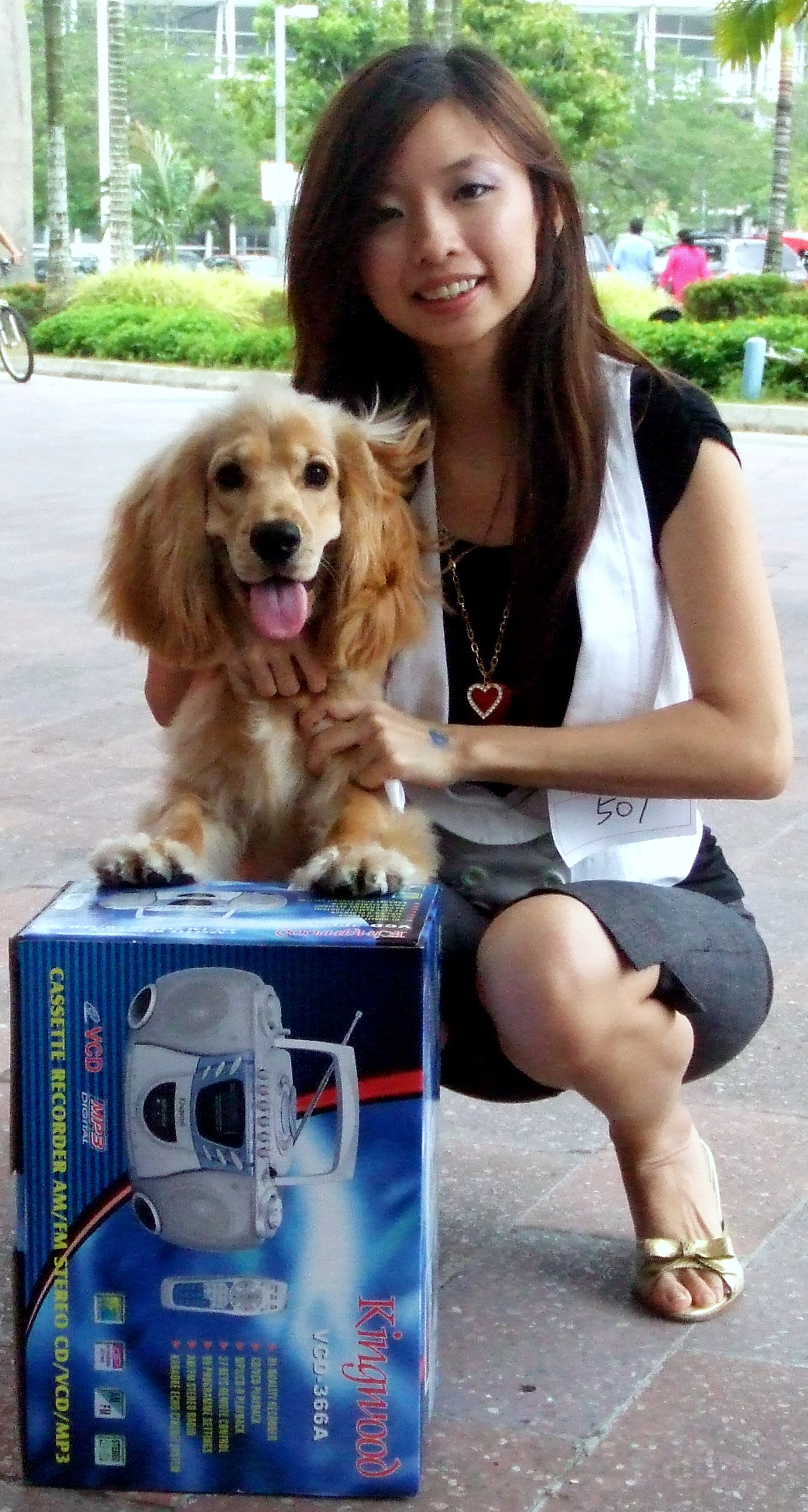 Had Tim Sum and noodles for Lunch and took pictures with Louis favorite dog Rosco before going back in for the amateur jumper’s race. 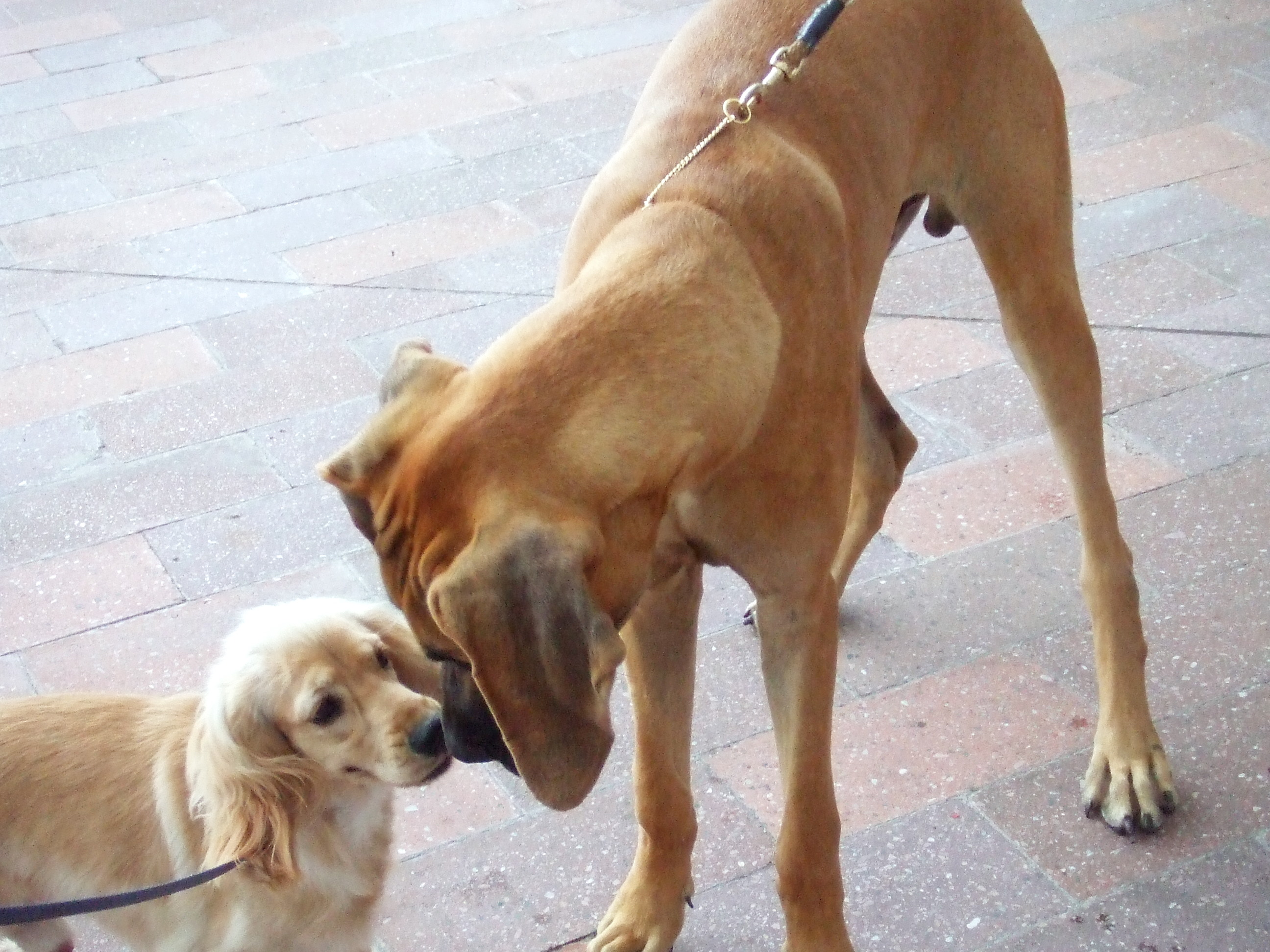 I’ve seen Louis doing some obstacle courses at dog runs like running up those high beams and stuff but I didn’t know that Louis could jump over obstacles and at such a quick pace too! 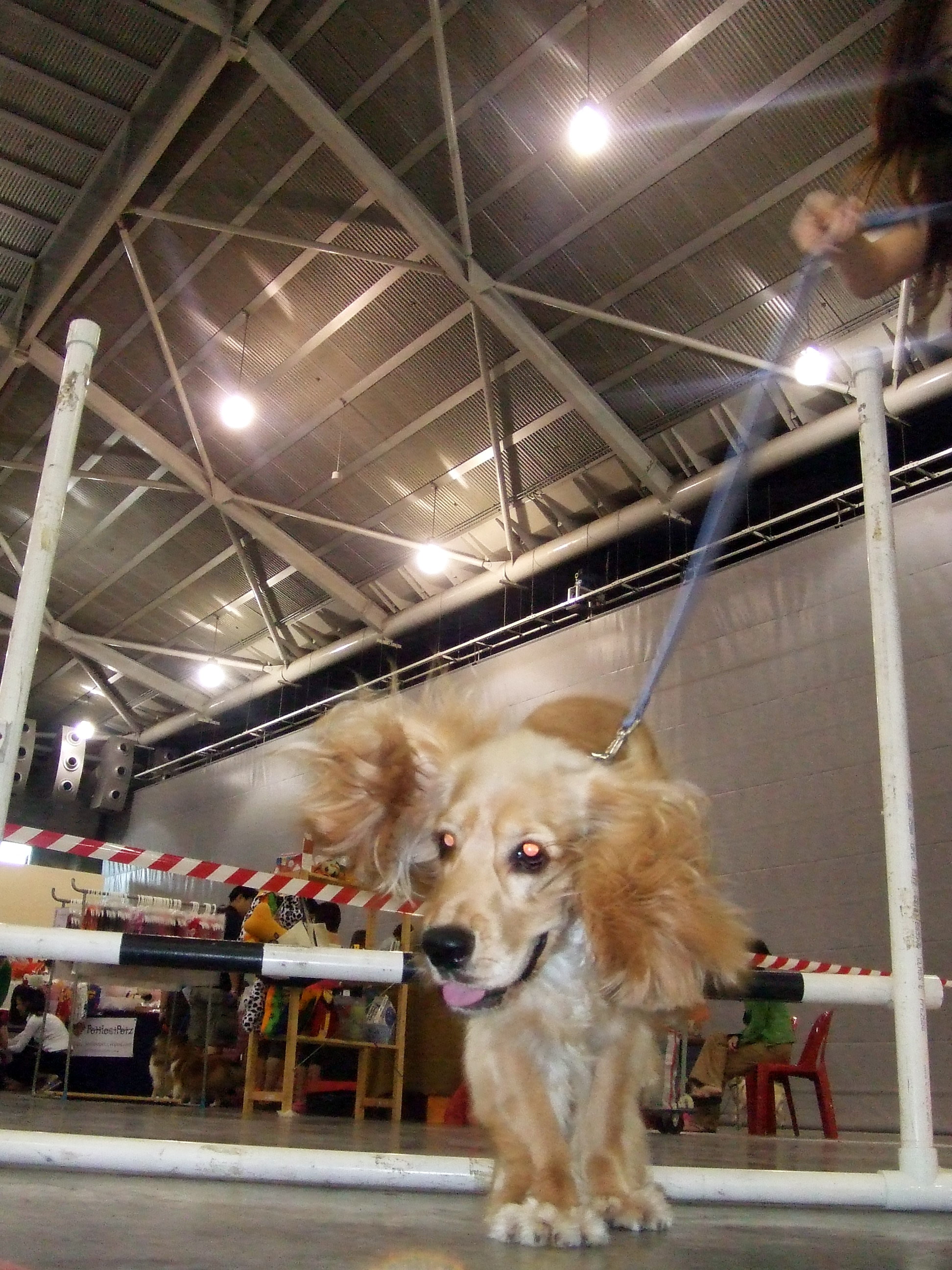 He’s probably suited for athletic races cause he’s a really fit dog. Maybe I really should consider enrolling him for agility classes so his talent won’t be wasted. Then again I might not be able to keep up with him… he must think I’m such a slow-poke!