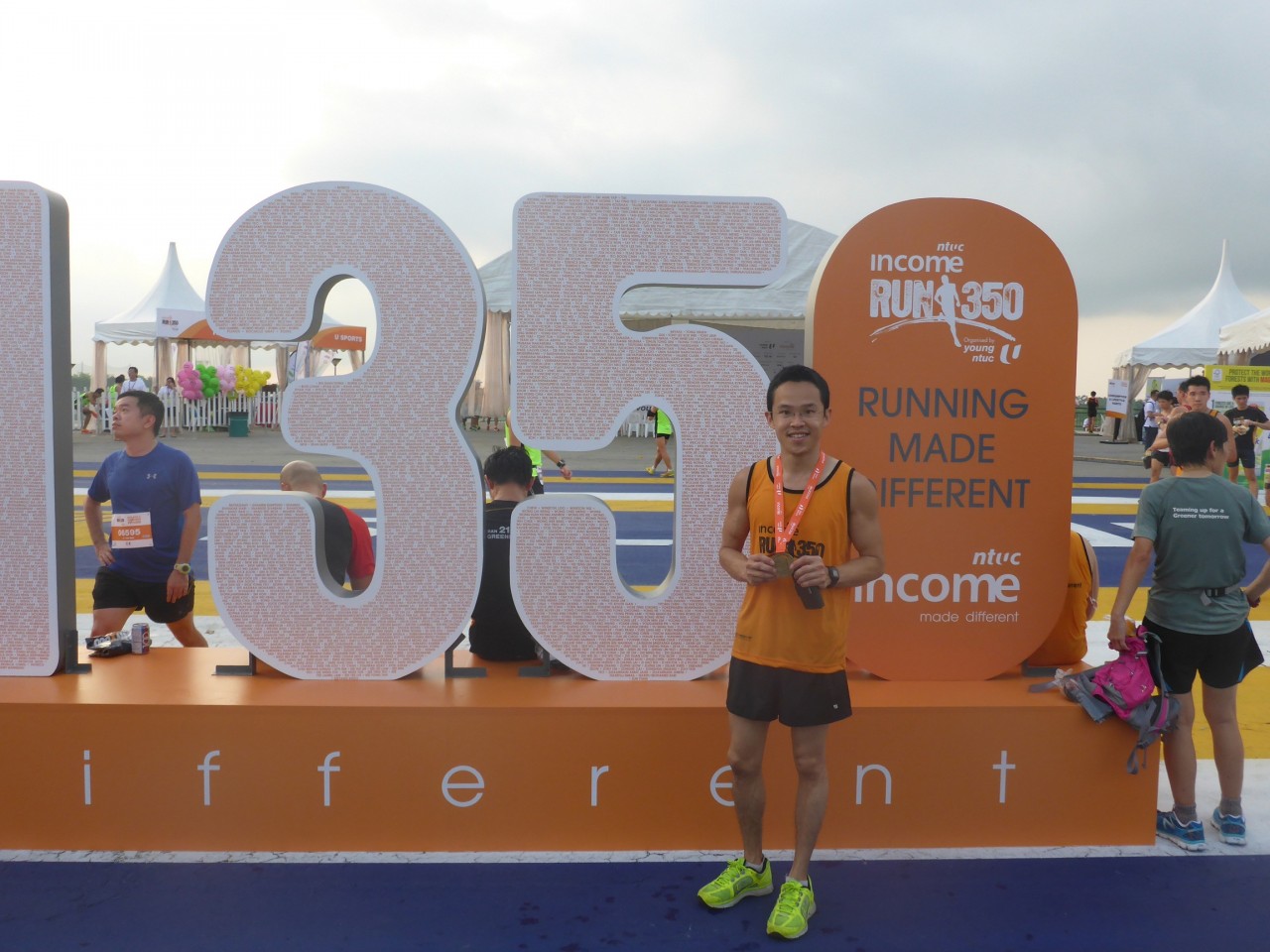 After the disappointing weather at last year’s Run 350, this year’s Run 350 organised by Young NTUC was blessed – cool and dry! Although I was way off my personal best for 21km, as the past few weeks have been crazy busy for me to train seriously, I enjoyed the run very much!

The Clinic
One thing I like about Run 350 is its series of clinics.  This year, when I heard that Dr Mok Ying Ren would be conducting one with his sis on the topic of running injuries, I immediately signed up. I managed to take a photo with him and his sister, which I excitedly told some friends about but they were like, “Mok who?” Seriously, who doesn’t know Mok Ying Ren and his sister Mok Ying Rong, who are Singapore’s top marathoners??? Okay, apparently TOO MANY! Anyway, the clinic was very useful as it touched on prehabilitation – instead of rehabilitation, get the idea? =) I’ve personally suffered shin splints and knee pain, so the exercises which involve rather simple aids such as golf balls and therabands would be pretty helpful.

The Run
I recall chatting with an acquaintance from Malaysia who joins running competitions around the world, and he gushed about how Singapore’s running competitions were well-organised. Run 350 definitely upholds the standard – with clear signages, good area organisation and tight adherence to schedule. While some parts of the route were kinda dimly lit, my profession has trained me well for it and the enthusiastic marshals were also very helpful! As mentioned earlier, the route is scenic (skirting Marina Promenade and going up Marina Barrage etc) so it was truly enjoyable and easy to run for a distance of 21km… Heh, so all went well. Except for Mr Sweaty who slimed me (again as with EVERY run which I don’t understand why coz I always make it an effort not to do that to others)!

The Environment
There are so many runs in Singapore nowadays so it’s pretty cool that Run 350 tries to increase awareness of environmental issues. Honestly, I appreciated that at each distance marker, a “Did You Know…” message accompanied it e.g. “Did you know 15 square kilometres of rainforest are disappearing every minute?” The run became not only an athletic pursuit but also an educational effort. At the start of the race, the organisers were asking for runners who heeded the call and brought their own water-bottles. Embarrassed coz I didn’t know about it, I thought hey, using paper cups at the hydration points can’t be too bad right? Until I saw “Did You Know, more water is used for the production of water than anything else?” Oops…Okay, at least now I know and will do my part!
Will be back at the next NTUC Income Run 350 (organised by Young NTUC) to get a better timing but most importantly of all, enjoy the event and support the movement which aims to raise awareness of the need to lower atmospheric CO2 levels to from 400 parts per million (ppm) to 350 ppm! 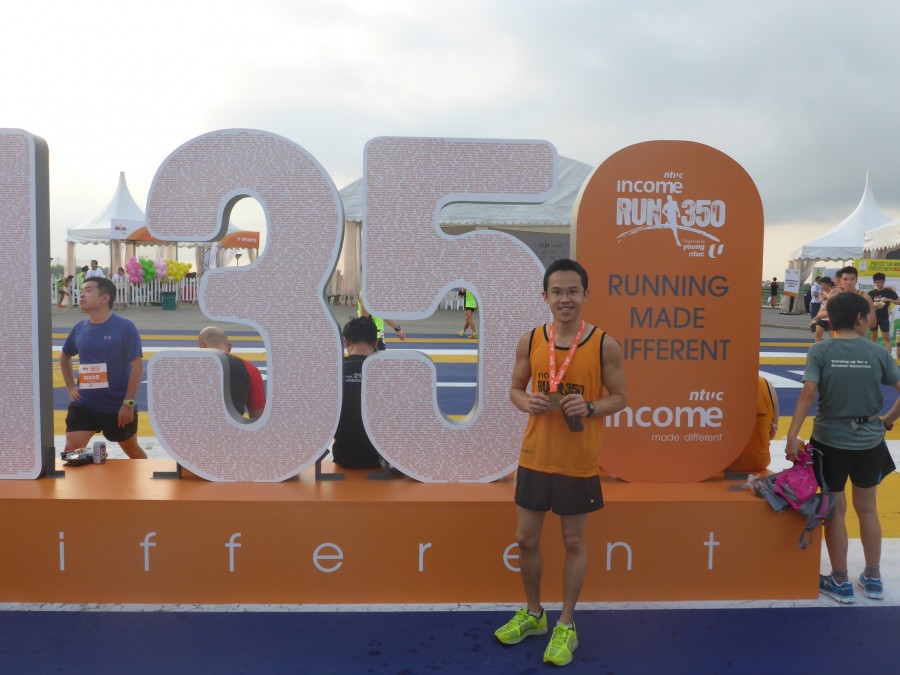