Marie France Bodyline has always been on the forefront of the sliming industry with more than 25 years of experience in helping countless of women achieve their ideal body shape and weight. Just last Tuesday, I attended the Marie France Bodyline launch event as they introduced its latest celebrity spokesperson for Hong Kong, Malaysia and Singapore – Hong Kong Artiste, Angela Tong Ying Ying (汤盈盈).

Angela had her first child, Alyssa Chin, in March 2013 and it was through the guiding hand of Marie France Bodyline that she has successfully lost her post-natal bulges and regained her slim and shapely figure.

Angela was really personable in real life and she spoke candidly about her struggles with weight, being in the entertainment industry as well as her thoughts on motherhood. She even gamely excepted a diaper changing challenge which she won! It was refreshing to hear Angela share about her woes about her problem areas such as hips and tummy because the same feelings are resonates with most women even those who are generally slim.

During her pregnancy, due to incessant eating, Angela gained more than 12kg and weighed a hefty 64kg with a 42 inch waist. After delivery of her daughter, Angela’s hips, tummy and thighs remained significantly bigger and her body skin had lost its elasticity, resulting in sagginess. Thanks to Marie France Bodyline, Angela is now a svelte 53kg; shedding 11kg in just three months. Angela’s newfound figure is a celebration of her successful slimming journey with Marie France Bodyline. You can see the stark improvement but comparing her before and after!

I was also really glad to hear that besides treatments, Marie France Bodyline believes in a multi-targeted lifestyle changing approach to sliming. They realize the importance of healthy living, by incorporating light exercise and proper diet into their lifestyle, in order to maintain long-lasting and effective effects.  Their clients also benefit from a consultation with their dietitian to better help them to get the right nutrients without over eating.

At the press conference, we were also introduced to Marie France Bodyline newest result-driven treatment, PRO-FREEZE. It’s a new, revolutionary treatment which uses fat-freezing technology to safely and effectively remove the unwanted fat cells. Totally non-invasive, it will freeze the fat cells in selected targeted areas in 45 to 60mins.

The frozen fat cells will will be degenerated and eventually ‘die’ (a process called adipocyte apoptosis) and finally be eradicated out of your system through your body’s natural metabolism. I was shocked to hear that can permanently remove up to 25% of the unwanted fat in a single treatment session! Sounds like a dream come true for most women.

If you are interested to check out PRO-FREEZE, just give them a call! 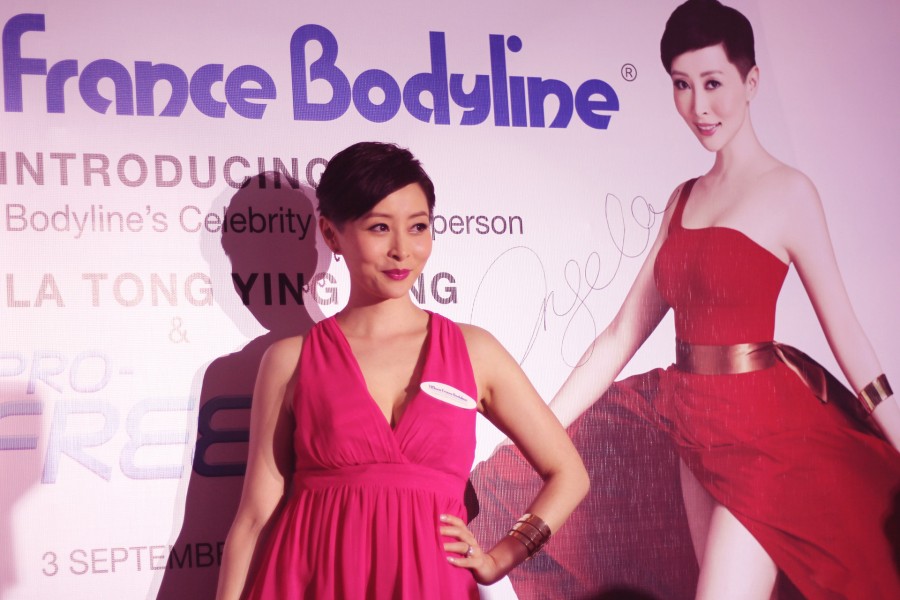