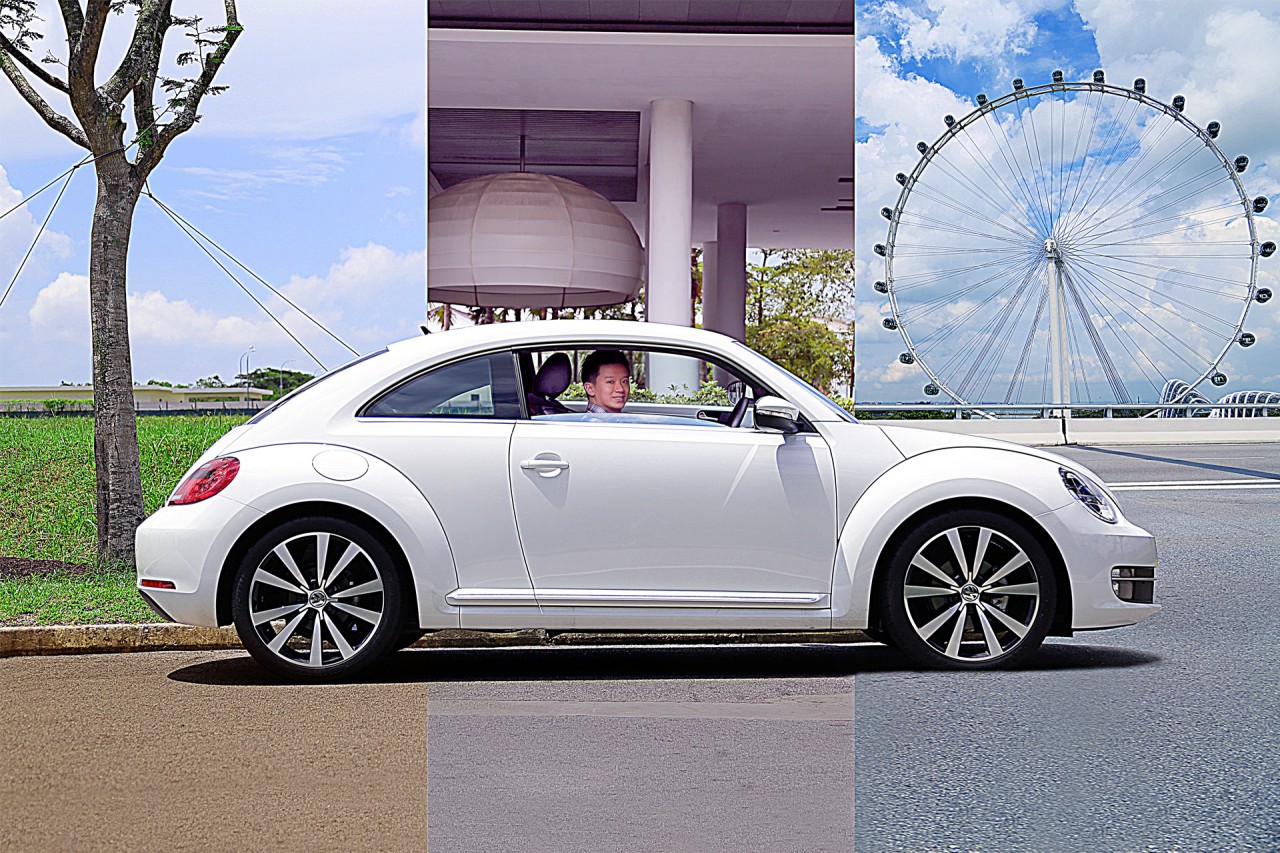 Raphael and Karen had the opportunity to take the Volkswagen Beetle out for a weekend and here’s what each of them thought about the car.

I had a dream list, a list of cars that I wanted to drive in my life, and in that list, there wasn’t a Volkswagen Beetle in it. Surely there were other Volkswagen Models such as the Volkswagen R, Volkswagen GTI, or maybe even the EOS, Tiguan, Touareg, and even the predecessor of the R, the R32. All of which held an uncontested priority to the Beetle simply because the Beetle protrayed a less masculine appeal to me.

However, personally, if I had to choose, I would love to own a Beetle from the 1950s and 1960s in my garage. It might not have all the amazing gadgets or modern technology but the angularity of the face and sides looks amazing! Did you know that the Singapore Police Force first used the Volkswagen Beetle as a patrol car in 1968?!

When an opportunity came up during one of my visit back to Melbourne to test out the new Volkswagen Beetle, I was apprehensive and wasn’t all that excited. However, I decided to give it a go, to prove my prejudice of the Beetle wrong.

As I collected the keys to the Beetle and walked towards it, I noticed that something was different about her.

It didn’t look as girly as I thought it would be, the “cuteness” of the predecessor has been altered! The latest Beetle has a lower and flatter roofline with more upright windshield.

The new Volkswagen Beetle comes equipped with the new auxiliary instrument cluster that is integrated above the centre console. The cluster displays the engine oil temperature gauge, a chronometer, and a charge pressure gauge. As the interior of the Beetle is very simple, the new cluster gives the Beetle the extra “attitude” that it deserves.

If you did not already know, I have voted the Toyota GT86 as the best handling stock car I have ever driven. To my surprise, the Volkswagen Beetle shares alot of that handling capabilities.

While maneuvering roundabouts and windy roads, I was able to have a feel of how safe I felt in the vehicle. There was minimal “body roll” and to top it off, once you get up to speed, turning at relatively high speeds posed no problems for the Beetle.

The only complain I have about it was how inefficient it was tuned in terms of power delivery. The first few seconds of acceleration was virtually non-existent until the turbo “kicks in”. What can you expect out of a 1.2 litre right? However, for more power, VW did manufacture a top of the line model, the Beetle R-Line which offers 210 horsepower from a 2.0-litre turbocharged four cylinder engine.

Volkswagen Singapore has came up with the brilliant idea of having the Beetle leased out for the purposes of being the Wedding Car. With the unique shape, coupled with the “Candy White” color and 19-inch Alloy Rims, the Beetle is surely a show stopper that will complement any photoshoots.

The Volkswagen Beetle is a car that is definately in a class by itself. I often hear my girlfriends gush about the Beetle and there is a strong following for this iconic car . In fact, I do know quite a few friends that owns (or used to own) one.

Personally, I’m a SUV kinda girl and I love tall cars with lots of power and space. However, I also tend to have a soft spot for vintage or retro looking cars and this is when the Volkswagen Beetle hits the spot for me.

While I love the cute roundness of the original Beetle, the new 2015 streamline version makes it look more sporty and I’m definately in love with those gorgeous rims.

When you look carefully into the detailing (tail lights, bonnet, boot lid) , you’ll realise every single aspect of the car was concieved so that it would look really fun.

Despite being only 1.2 liter, it provided a quality driving experience with good handling, easy to read instruments and distinctive interior styling. The main drawback would be the turbo lag but once the Beetle has been given her time to gather her wits, she’ll gush forward agressively and speedily.

The triple guage cluster above the dashboard is a nice touch but I was a tad disappionted that such a pricey car didn’t come with power seats.

The “Climatronic” air conditioning system allows you to select your favourite temperature – and so can your front passenger, as the 2-zone control allows the temperature to be adjusted individually for the left and right sides.

Impressively, the inside is actually really spacious with lots of headspace making it quite suitable for days out with friends or family. I took my furkids out that weekend and they loved the Beetle.

The trunk is also not as tiny as I thought it would be!

Ultimately, the Beetle will be for the people who can’t imagine driving anything else, the people who fell in love with its looks, the people who wants to style their lifestyle in a certain way and who don’t mind it’s price tag. For the true Beetle fans there never was any competition, they won’t be disappointed with the 2015 version.

The gorgeous white Beetle I was given to test drive for the weekend is ideal for wedding photoshoots or even to be used as the bridal car for a lasting impression on your wedding day. If you are still out looking for a wedding car, you can email enquiry@vw.com.sg to find out more.

Thanks for reading and have a great week! 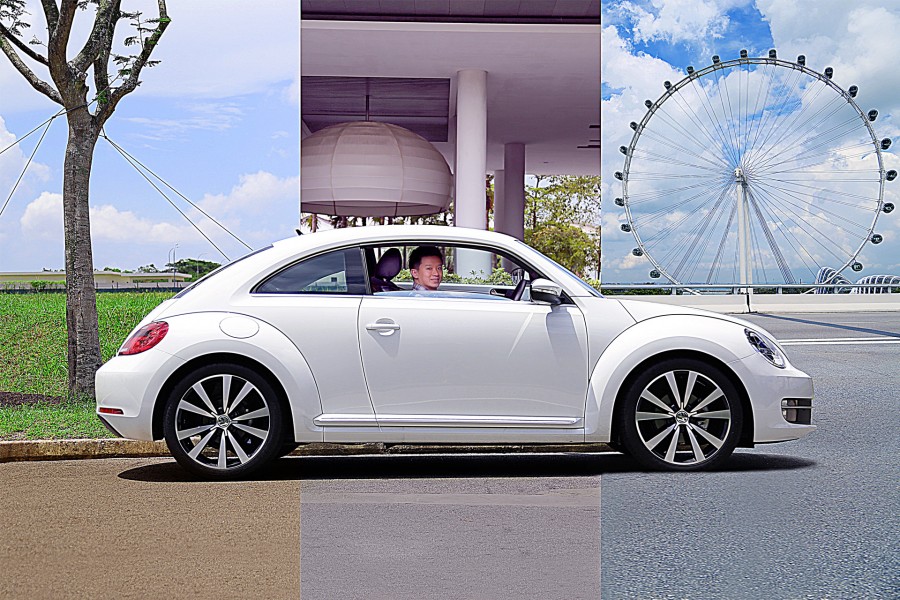