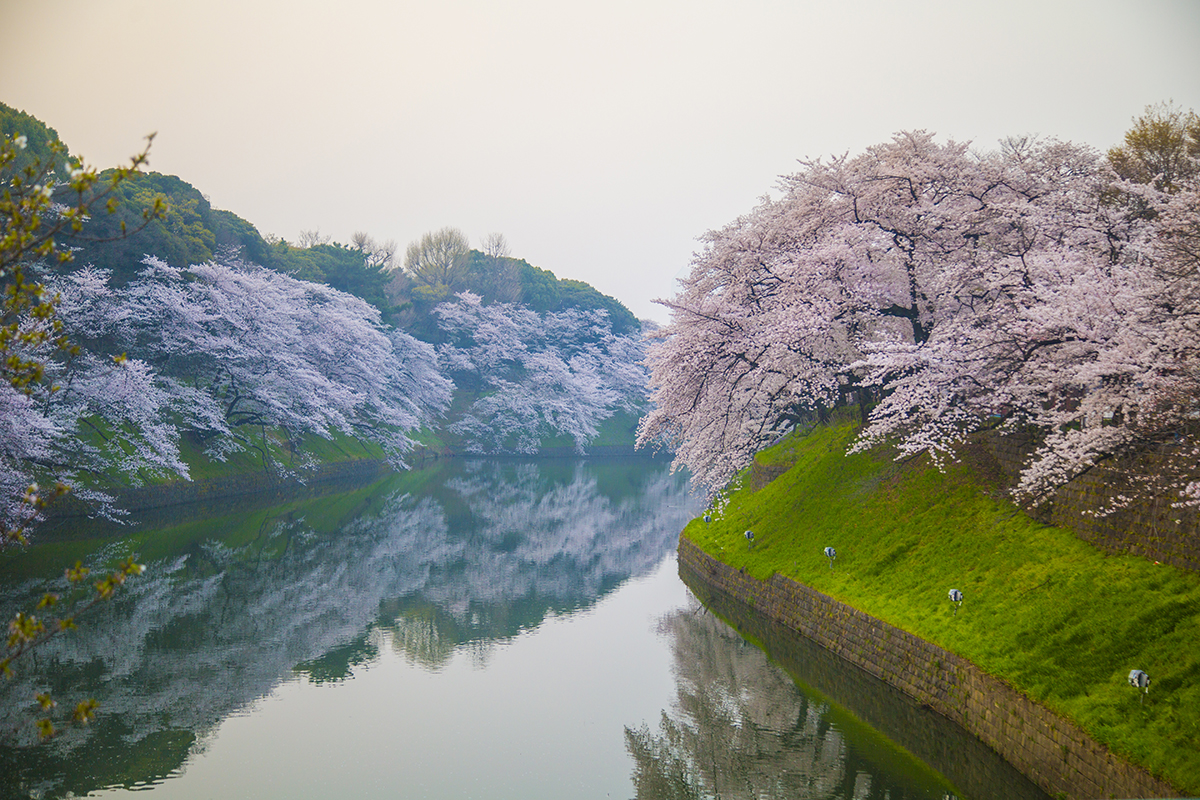 Hanami is the Japanese tradition of viewing flowers, and it almost always refers to Cherry Blossoms (Sakura). These sakura photos were all taken in Tokyo recently, and I think there’s a couple more days before the flower petals all start to float off the trees. It takes about one week for the blossoms on the trees to fully bloom, and one week later, you will get ‘sakura snow’ as all the petals will fall (at the same time!). It is a short-lived beauty, but while it is in full bloom, the sight is so incredibly dreamy. Therein lies the appreciation for the present, the now, and the fleeting nature of life.

During the blossoming of the cherry blossoms, people all over Japan will take time off their schedules to gather and have elaborate picnics under the flowers. It is a beautiful time of laughter, eating, singing and flower watching. The transient cherry blossoms are a symbolic reminder of the fragility and transformation of life’s cycle and the graceful acceptance of its’ ephemeral quality. Otherwise known to the Japanese as Mono no aware (物の哀れ).

Hanami is a culture started in the 3rd Century and had been widely celebrated since the 8th Century. Tokugawa Yoshimune (who unified Japan ) loved Sakura and planted as many trees as he could so everyone could enjoy the beauty of the flowers. The Buddhist philosophy reminds viewers not to hold on too tightly to anything in life. Samurais embraced the concept and would bravely die for a moment of glory then to live for all eternity without blazing through life with the brightest fire. Since then, cherry blossoms have been used to spark nationalistic pride in Japan. Japanese kamikaze pilots would paint these flowers on the side of their planes before embarking on their missions. At that time, people believed that the souls of warriors who died in battles were reincarnated in the blossoms.

So how can I do Hanami?

You can view these cherry blossoms blooming all over the country starting from Okinawa (late Feb) all the way to Hokkaido (May). No matter where you visit in Japan during the season, there is at least one location in every prefecture that you can view these lovely blossoms. There’s even a unique sakura forecast by the Japanese Meteorological Agency called the sakura zensen that tracks the dates and areas the blooms will appear each year. Here’s the English version by JR Rail for this year.

My best advice is to wake up early if you want to capture the gorgeous flowers without the crowds. Some of these shots were taken as early as 4 am!  During Hanami season, real estate for picnic spots is a precious commodity. For big picnic groups, large sheets are brought to the Hanami spot as early as 8 am.  The sheets are marked (if reservations are allowed in that park), or someone will be tasked to guard the sheet till the rest of the party arrives. People attending the Hanami party can come and go as they wish as long as one person is left to safeguard the spot. Sometimes they will arrange it in such a way that they can pass on the spot to another friend when they’ve finished their Hanami party.

Do bring food, drinks and prepare for a feast! There is a modern Japanese saying, Hana Yori Dango (花より団子), which means ‘dumplings before flowers’ or that the food and the picnic is the real highlight of the event. More importantly, do also remember to clean up after you are done.

Hanami is not just a day event. When it takes place at night, it is known as yozakura. The parks are illuminated, and the picnic, and merrymaking carries on till late.

Now, all you need to do is to book that ticket to Japan! 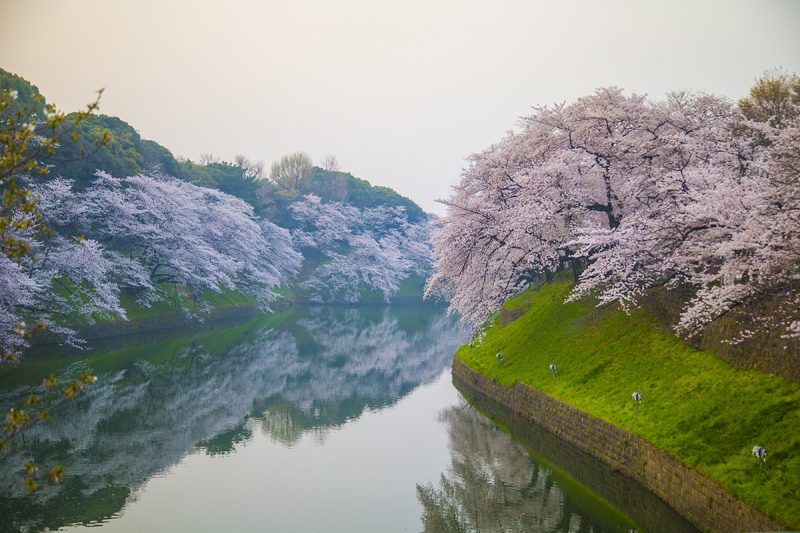