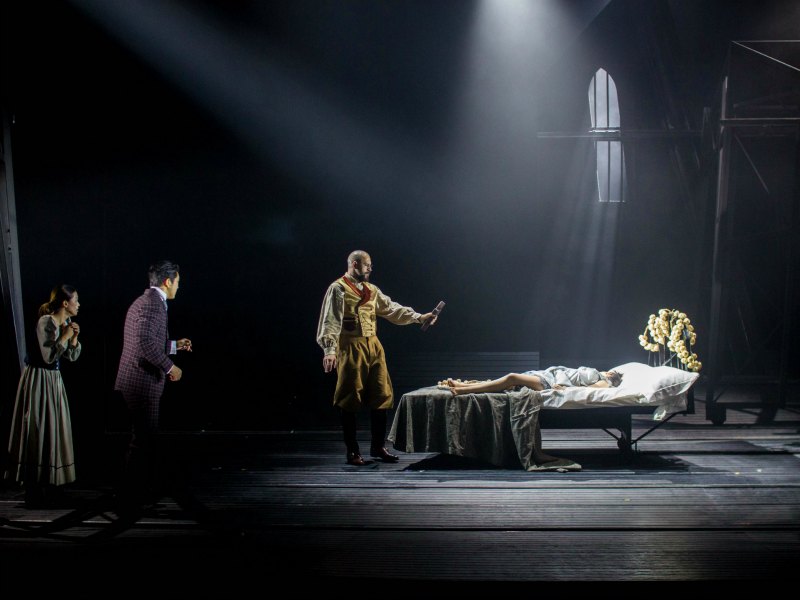 Darkness, horror, fright and dread. Halloween may be over but the classic Bram Stoker’s Dracula is always going to be a haunting tale for the ages. There is no modern day version of vampires (yes, including those ridiculous sparkling ones) that don’t find their lore derived in some ways from the original classic.

With Dracula: Blood is Life in Singapore at Resorts World Theatre from 26 October to 13 November it is the time to relive the fear of 1800s London and Transylvania.

Produced by UK Theatre Company Ewing Entertainment, this terrifying stage adaptation of Stoker’s classic novel made its World Premiere in Bangkok with Anglo/Thai Superstar Hugo Chakrabongse in the titular role, but this time Dracula will be played by British actor Keith-Lee Castle.

The production is underpinned by an impressive underscore by Grammy Award, Tony Award and Drama Desk Award nominee, Kevan Frost (“Taboo” on Broadway & West End) and is all brought together under the flawless and captivating direction of Joe Harmston, best known for his considerable work with leading UK theatre producer, Bill Kenwright, as well as his work in directing over 20 Agatha Christie productions, seen by over 2 million people in the UK.

In the Singapore run, Narelle Kheng from The Sam Willows plays Lucy, the best friend of leading female character Mina. Not to give away too much spoilers, watch how Lucy is seduced as the victim of Dracula while her friends fight to save her and London from a vampire takeover. Expect illusion, choreography, jarring sounds and lots of strobe lighting as the play seeks to exhort from the audience a negative visceral reaction to the horrors of Dracula.

Tickets can be bought through SISTIC.