I'm currently sitting by a window with the view of Lake Tekapo, New Zeland thinking of my N.E.mation 7 teams as I write this post.

Before I left Singapore I managed to head down to visit both my N.E.mation teams, Yarney Barney and ShiNyGirls. These girls have been working so hard on their animation clips that I really wanted to give them a little treat to support them for their final few production days. 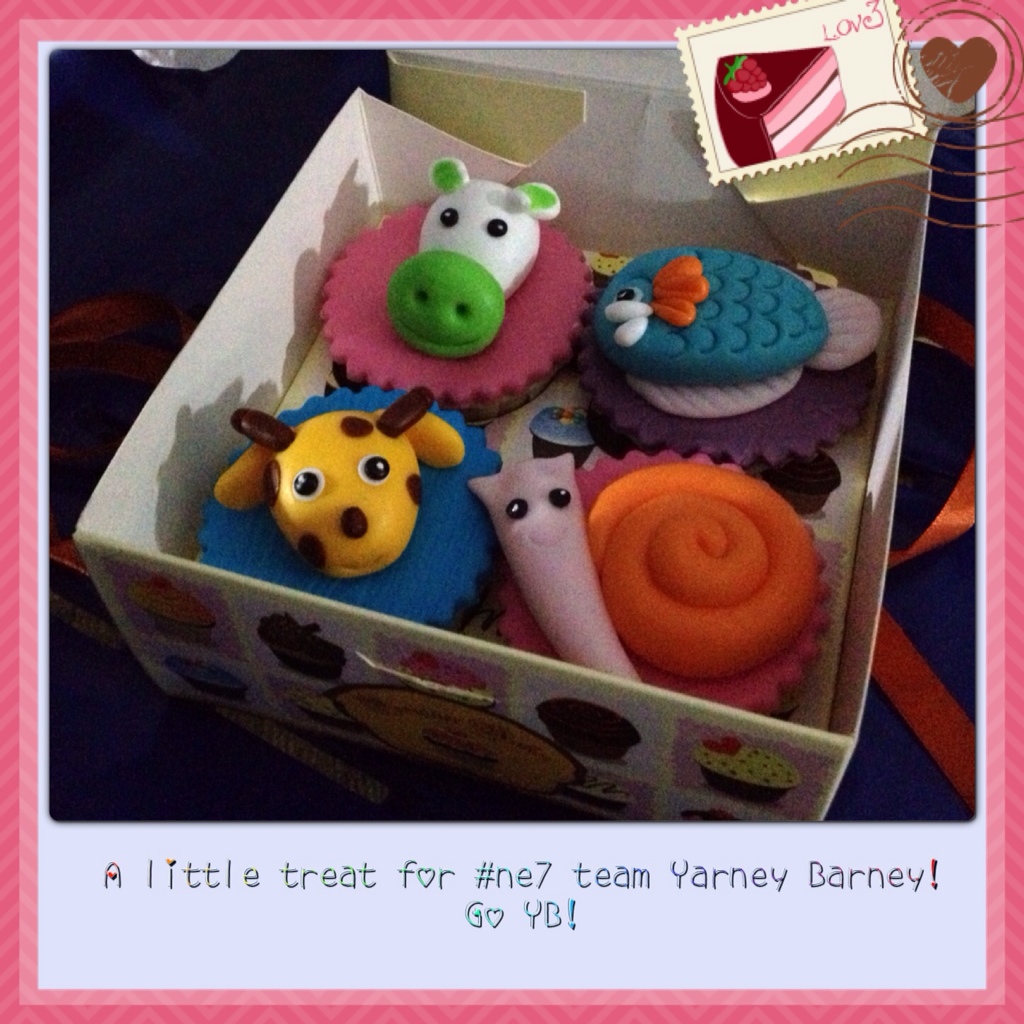 Team Yarney Barney's cupcake treat was inspired by their aquarium in their crib. It started with just having a fish and I decided to throw in a couple more animals as well. 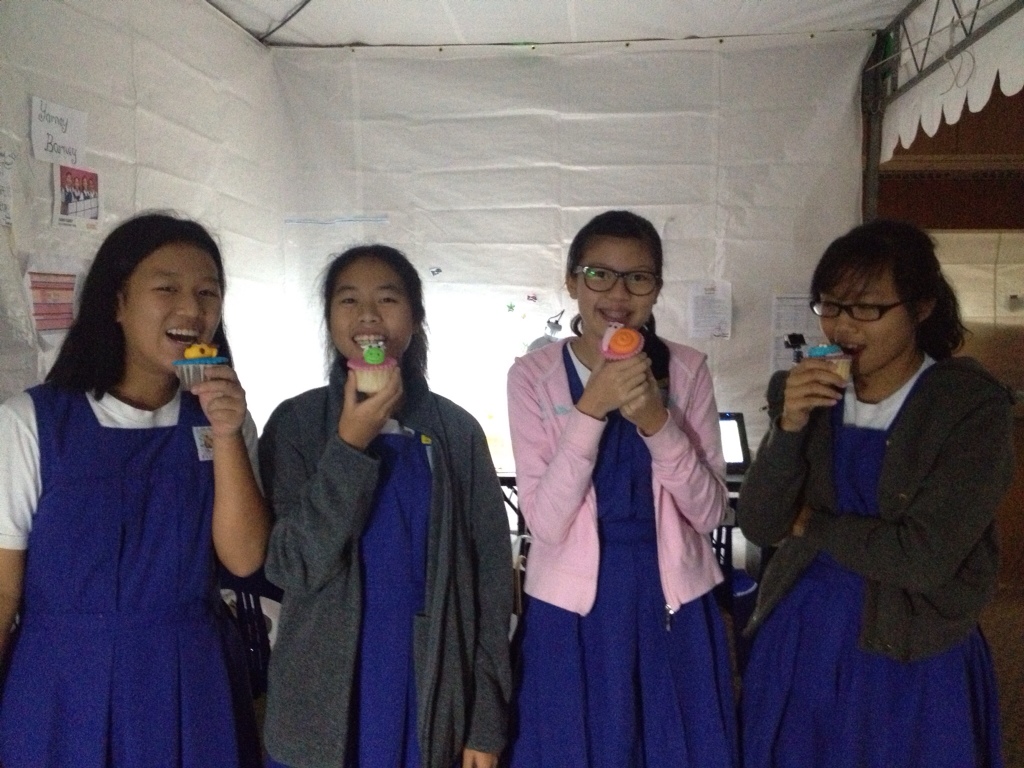 The YB team was excited about the treats and proceeded to vie for their favourite animals. I love how this girls are vocal with what they want but make compromises in the end so that everyone in the team is happy. The YB team's dynamics are awesome and I happy to see how they have strengthened their bond through the weeks.
ShiNygirls had cupcake treats as well! 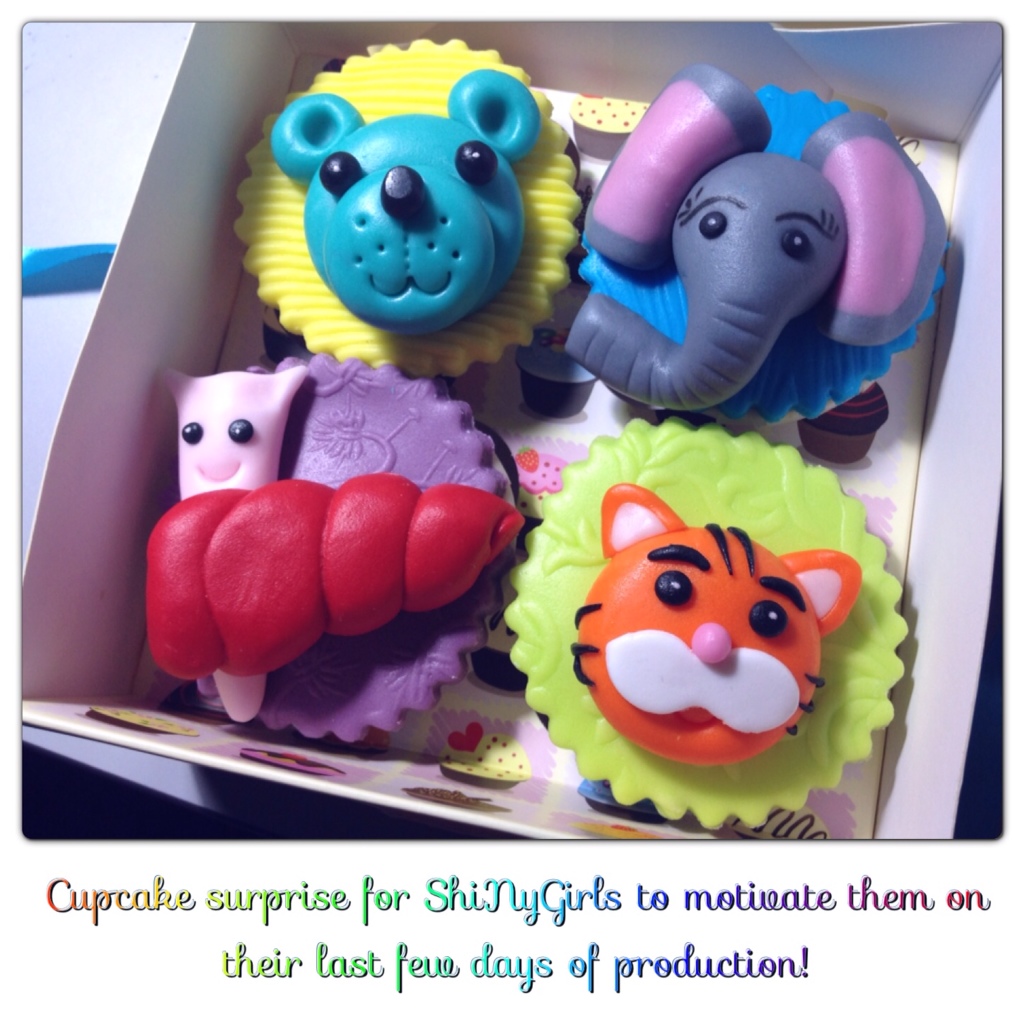 ShiNyGirls attitude towards their choices were quite different. It seemed as if they know who would take what immediately!
Amberly had sugar high that day cause she gulped down the entire sugar fondant in one sitting! I hope that extra sugar rush helped to getmore work done that day cause ShiNyGirls a little stressed over being a behind schedule. 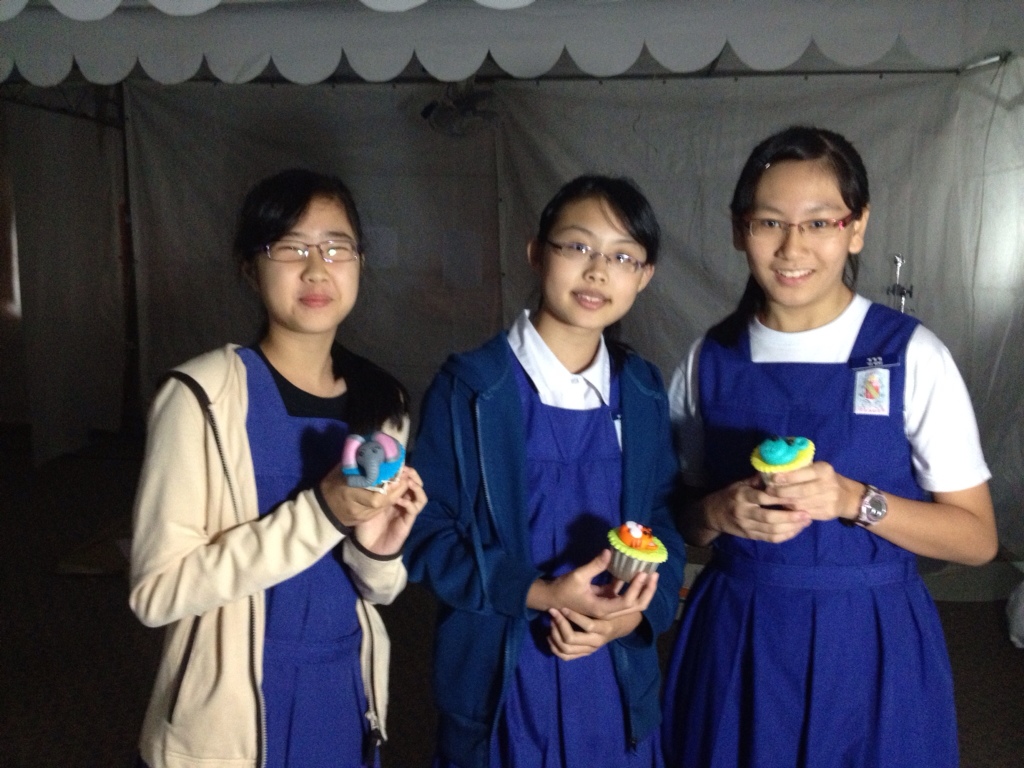 Each team had their own way of working through their issues and it was interesting how that can be observed through a simple sharing of cupcakes. I feel like a proud mama to both teams and a little reluctant that I won't be there when their production ends and they have their wrap party
If you are wondering why the tents all seem kinda dim, it's because everyone is already in their final stages of production so lights have been dimmed to prevent environmental changes while teams film their stop motion or animation sequence. The production house vibe have turned a little more serious and even my naturally high Yarney Barney team seems to have pulled back a notch or two.
I'm really excited to see their final animations and though I'm far away, I still have them near in my thoughts.
Please support Yarney Barney and ShiNyGirls at Facebook.com/Nemation today!