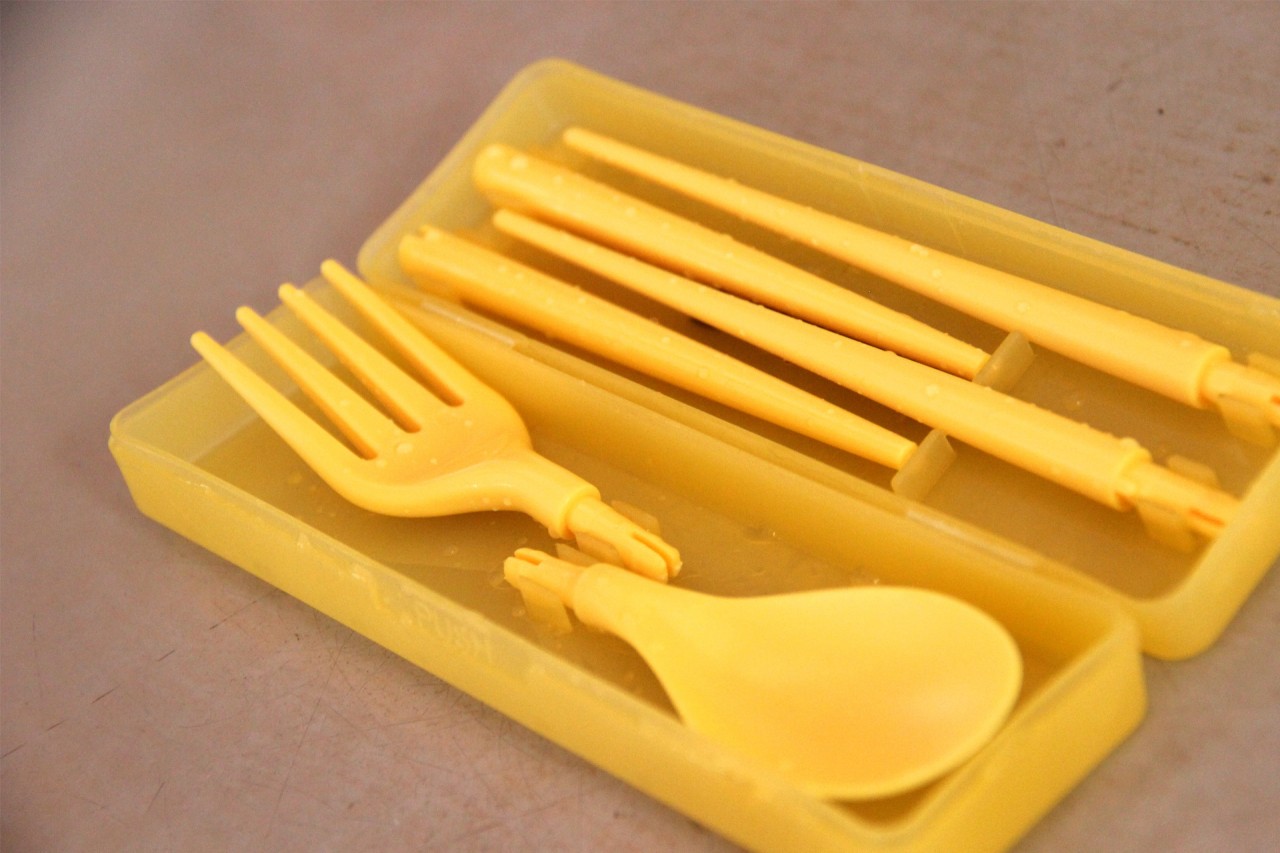 I love to cook and bake but I still eat out or tabao (do takeouts) very often because of time constraints. Whenever my mum or grandma cooks for me, we still use the tingkat (stackable metal containers) system.

My picnics are always done with tingkats though my version is a little modernise.

Doing takeaways from restaurants/eateries is a little trickier cause we may not have our containers with us so we try as much as possible not to do takeaways and just eat there instead. I am glad that most places don’t use disposable cutlery and dinnerware when it is for immediate consumption.

Recently, I’ve been trying to take another step further to reduce the use of disposable cutlery by bringing my own set whenever I eat out or when I tabao food to my office.

This one which I got as a gift from Panasonic was extremely useful because it has chopsticks, fork and spoon in one handy little container. But previously, I used a set of chopsticks in a case which I bought from Daiso for only $2.

I have to admit that bringing your own reusable utensils can take some getting used to. But if it’s small and convenient enough, it really isn’t too much of a hassle. I like the fact that not only am I reducing the use of disposables, I know for a fact that my utensils are clean and haven’t been dropped somewhere or contains chemicals. Most of the disposable cutlery we use are made from a type of plastic called polystyrene which is manufactured from petroleum. It is highly flammable and a chemical called benzene, which is a known human carcinogen, is used to produce it.

More than 100 billion individual disposable pieces of plastic cutlery are used and thrown out each year around the world and this figure doesn’t even include the disposable wooden chopsticks that we are used to seeing. Small little actions like bringing your own utensils may seem insignificant but if everyone does a little, the impact is huge! Conservatively speaking, if everyone of throws just one pair of disposables a week, it’ll mean the whole population of Singapore throws out about 281 million pairs of disposable utensils a year. I’m pretty sure the figure is higher because I know of many people who tabao 3 meals a day, 7 times a week. Some stores would happily give more disposable cutlery than necessary which gets thrown away even when its not used.

In my previous workplace, I tabao my lunch back to the office every single day with my collegues because it was more comfortable to eat at the office pantry than to eat out and come back smelling of hawker food. Thinking back, I should have started this habit earlier as it would have been effortless to use my own utensils rather than disposable ones. We grow and change all the time and I hope to be more aware and conscious of my environmental impact with all that I do daily.

It’s small little changes like this that doesn’t take much money or effort that I’ll try to incorporate into my life. Please join me as we take baby steps everyday to save our own habitat – Earth. 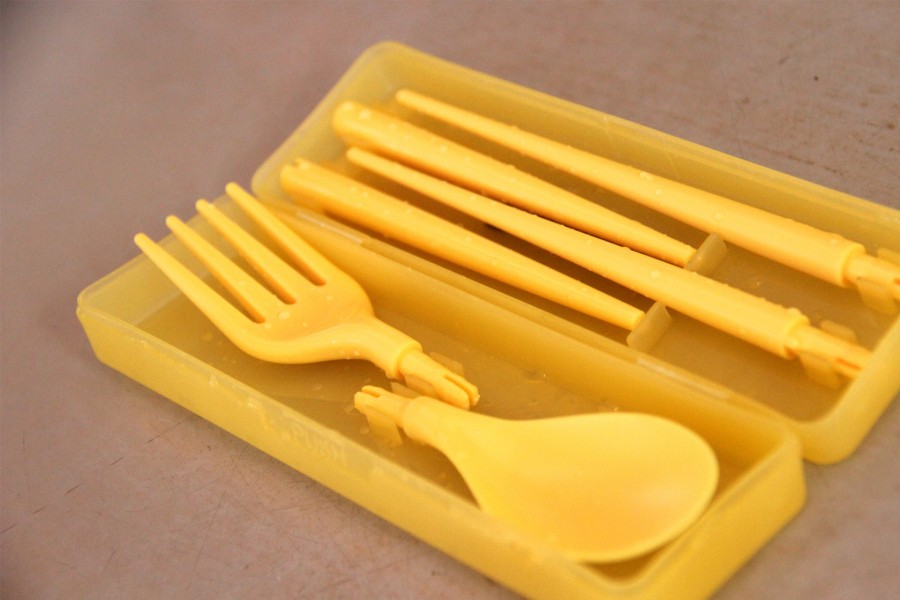